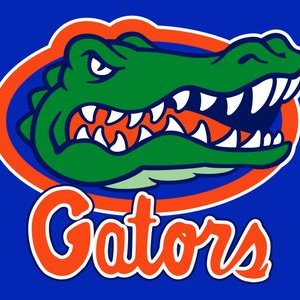 New section 4960 imposes a 21% excise tax on certain organizations not subject to income tax, including organizations exempt under section 501(c)(3) and those for which income is excluded from taxation under section 115(1), if any of their five highest paid employees have annual compensation above $1 million. (It also imposes the tax on “excess parachute payments,” as defined in the statute.) In December, 2017, I wrote a blog post on “Medium: Whatever Source Derived,” arguing that, whatever the Congressional intent, the language of the statute did not reach states, their political subdivisions or integral parts of either.

Professor Douglas Kahn of University of Michigan took issue with my position on the basis that the new section does apply to section 501(c)(3) organizations and that state universities are educational institutions. I responded to him in an article originally published in Tax Notes that constitutes Part II of this piece. It corrects an error in my earlier piece by acknowledging that some state universities have indeed received recognition under section 501(c)(3) from the IRS. Not all, however, have done so. Thus, I assert again my position that new section 4960 does not by its terms apply to entities free of income tax by virtue of their status as a state, political subdivision, or an integral part of either. Moreover, as the piece explains, those state universities that have received a section 501(c)(3) determination can, if they choose, relinquish their section 501(c)(3) status. The piece discusses the various options available to tax authorities and public universities confronting this new excise tax.

Since publication of these pieces, Treasury and the Joint Committee of Taxation have acknowledged that a technical correction is need in order for section 4960 to apply to all governmental entities, as Congress intended. Technical corrections, however, are not anticipated any time soon. Even though not all public universities and other governmental entities are subject to the strictures of section 4960, guidance could specify that its excise tax applies to those that have sought section 501(c)(3) status. On the other hand, until there is a technical correction, out of considerations of federal-state comity and to avoid differential treatment of various state universities and other governmental entities, Treasury and the IRS could decide that such governmental entities with 501(c)(3) status are to be treated as exempt from this excise tax, on the model of the special treatment they currently receive in being exempt from the Form 990 filing requirement and from the intermediate sanctions excise tax regime. I do not envy Treasury and the IRS in having to make this difficult choice.

I think state universities still have a problem because most of their football coaches' compensation is typically paid not by the University itself, but through related foundations that are exempt under 501(c)(3).   See  https://www.wsj.com/articles/SB122853304793584959.