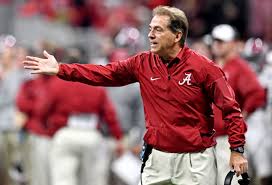 Nick Saban will make $8.3 million this year, Urban Meyer $7.6 million, Jim Harbaugh and Jimbo Fisher will each make $7.5 million and Gus Malzahn $6.7 million.  They are all football coaches for public universities, which typically don't bother applying for 501(c)(3) status (although some of their constituent organizations often get determination letters).  Many public universities avoid federal tax under IRC 115 instead.  Nevertheless, and in all likelihood, all those coaches' employers (a typical college football coaching contract is made between the coach, the university, and an athletic foundation; the foundation usually pays the bulk of the enormous salaries to avoid state law salary caps) are looking at ways to comply with or legitimately avoid the new excise tax under IRC 4960.  According to this article in the National Law Review, exempt organizations are considering a number of options to avoid the new excise tax under IRC 4960.  Those options include:

None of those options seem very promising to me.  I am especially unsure about the first option, particularly in light of IRC 4960(c)(1)(C), which includes 115(1) organizations [relating to income derived from the exercise of an "essential governmental function and accruing to the state or any political subdivison thereof"] within the definition of exempt entities subject to the tax.  Perhaps the author is implying some sort of constitutional challenge under the murky "intergovernmental tax immunity" doctrine.  Richard Epstein has a good recent article out on that topic entitled Dual Sovereignty Under the Constitution:  How Best to Protect States Against Federal Taxation and Regulation.

Thanks for the information Ellen. That is completely new to me. I wonder how the outcome might change if it is true that most coaches' compensation is paid by parties other than states, subdivisions or integral parts thereof. See, https://www.wsj.com/articles/SB122853304793584959