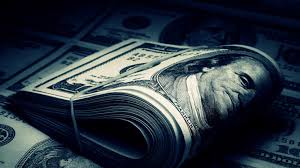 According to the Center for Responsive Politics, one emerging issue for both the 2018 midterm elections and the Kavanaugh confirmation battle is the flow of funds from so-called "dark money" groups - generally tax-exempt nonprofits that are not required to publicly disclose their donors. This issue has also been in the news recently because of both recent action by the IRS and a couple of significant court decisions.

In July the IRS issued Revenue Procedure 2018-38, which dropped the requirement that section 501(c) organizations report the names and addresses of substantial contributors to the IRS. This reporting had been done on Schedule B to the annual Form 990, 990-EZ, or 990-PF, with the information only available to the IRS and not subject to public disclosure (unlike the rest of Form 990/990-EZ/990-PF). This change is effective for tax years ending on or after December 31, 2018. The reporting requirement still applies to section 501(c)(3) organizations, however, as for those organizations there is a statutory requirement (found in section 6033(b)(5)) of such reporting. The stated reason for the change was:

The IRS does not need personally identifiable information of donors to be reported on Schedule B of Form 990 or Form 990-EZ in order for it to carry out its responsibilities. The requirement to report such information increases compliance costs for some private parties, consumes IRS resources in connection with the redaction of such information, and poses a risk of inadvertent disclosure of information that is not open to public inspection.

Some commentators saw a political motive in the change, however, as it relieves politically active "dark money" nonprofits from having to disclose their substantial donors to the IRS. Coverage: NPR; Politico; ProPublica. And Montana Governor Steve Bullock sued to challenge the change, asserting that Treasury failed to follow required processes under the Administrative Procedure Act. Coverage: N.Y. Times.

Supporters of donor disclosure, particularly for politically active groups, were more successful in the courtroom recently. California Attorney General Xavier Becerra successfully appealed to the Ninth Circuit the granting of as applied challenges by the Thomas More Law Center and the Koch brothers-affiliated Americans for Prosperity Foundation that had exempted the Center and APF from the state requirement to provide an unredacted copy of its Schedule B to the Attorney General's office (but not for public disclosure). The Ninth Circuit in 2015 had rejected a facial challenge to this requirement. Of course with the above change by the IRS, only section 501(c)(3) organizations (such as the Center and APF) will have Schedule Bs to submit. Coverage: ABA Journal (collecting links to coverage by major news outlets).

Possibly of even greater consequence, the U.S. District Court in the District of Columbia in CREW v. FEC vacated a longstanding FEC regulation that had permitted organizations that are not political committee but make independent expenditures (defined as expenditures to pay for communications that expressly advocate the election or defeat of a federal candidate and which are not done in coordination with any federal candidate or political party) to avoid disclosure of their significant donors to the FEC as long as the donors had not earmarked their donation to support a particular, reported independent expenditure. The court reasoned that the relevant statute instead required such disclosure if the funds provided were for the purpose of supporting independent expenditures generally. The court stayed the vacator for 45 days from the date of the decision (August 3, 2018) to give the FEC time to issue an new, interim regulations, although it is far from clear the FEC can or will do so in that time period. Attempts to obtain a further stay of the District Court's order from the Supreme Court failed, however, leaving it somewhat uncertain what rules would apply to groups making such independent expenditure in the run-up to the 2018 general election. Coverage: The Atlantic; Politico. According to Election Law expert Rick Hasen, the ruling may not have as dramatic an effect as some seem to think, however.