Sixth Circuit: Volunteers are not entitled to a minimum wage

When is a volunteer an "employee"? The question is a complicated one, but the Sixth Circuit recently rejected the Department of Labor's attempt to require a church-owned enterprise to pay all volunteers a minimum wage. 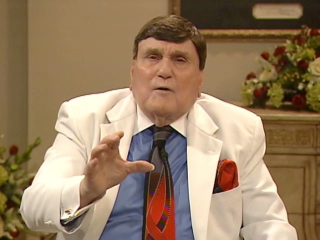 A church run by controversial televangelist Ernest Angley owns a for-profit restaurant buffet. Angley would recruit church members to serve as volunteers for the restaurant. The Department of Labor sued alleging that the workers were "employees," arguing 1) that there was no such thing as a "volunteer" for a for-profit entity, and that 2) the workers were coerced by their pastor and thus were not truly volunteers. The District Court agreed, finding "The Buffet’s constant solicitation of volunteer labor, Reverend Angley’s admissions that the use of volunteer labor was intended to save money, and the volunteers’ feelings of pressure and coercion to provide the labor all demonstrate that the volunteers were actually employees.” (Previously covered on this blog.) Facing a judgment of $388k, the restaurant closed during the litigation.

In an interesting and important decision, the Sixth Circuit strongly disagreed, and held that the volunteers were not employees.

Under the federal Fair Labor Standards Act, under many circumstances, any "employee" is entitled to a minimum wage. Like other federal laws (like Title VII), "employee" is not clearly defined by statute or by regulation. The FLSA defines an “employee” as “any individual employed by an employer," and "employ" means “to suffer or permit to work." There is a number of conflicting court decisions that have tried to add substance to these definitions, but the Sixth Circuit found that "employee" depends on some expectation of remuneration, or at least that the "economic realities" of the situation suggest that the worker is economically dependent on the position.

The Sixth Circuit first rejected that the workers were economically dependent here. Indeed, the DOL and the District Court never developed that point, depending instead the religious and social pressure that the pastor would put on the workers to volunteer. The Sixth Circuit emphatically rejected these arguments: "The type of coercion with which the FLSA is concerned is economic in nature, not societal or spiritual." The court continued:

But although the FLSA might aim to curb the societal ills caused by low wages, it does so through a comprehensive system of economic regulations. The Act does not go so far as to regulate when, where, and how a person may volunteer her time to her church. After all, the giving of one’s time and money through religious obligation is a common tenet of many faiths. For instance, the Bible calls upon Christians to “use whatever gift you have received to serve others, as faithful stewards of God’s grace in its various forms.” 1 Peter 4:10 (NIV). In the Islamic faith, believers are instructed to “show kindness unto parents, and unto near kindred, and orphans, and the needy.” The Qur’an, An-Nisa 4:36.

In a concurring opinion, Judge Kethledge expressed some frustration with DOL:

One hopes that the Department of Labor simply failed to think through its position in this case. Since initiating this litigation in 2015, the Department has argued, and the district court held, that volunteers at the Cathedral Buffet were in fact employees under the Fair Labor Standards Act—because, the Department says, their pastor spiritually “coerced” them to work there. That argument’s premise—namely, that the Labor Act authorizes the Department to regulate the spiritual dialogue between pastor and congregation—assumes a power whose use would violate the Free Exercise Clause of the First Amendment...

What is perhaps most troubling about the Department’s position in this case, however, is the conceit of unlimited agency power that lies behind it. The power of a federal agency is no more than worldly. The Department should tend to what is Caesar’s, and leave the rest alone.

I have a few brief observations about this decision which will hardly do the subject justice. First, the DOL's litigating position at times suggested that a church-owned restaurant could not benefit from volunteers, ever, as a categorical rule. This was a bit weird because the DOL does allow unpaid workers even at for-profit companies in some circumstances (for example, unpaid interns). If adopted, it would have posed a serious risk to the use of volunteers throughout the nonprofit and social enterprise sectors.

Second, the decision is in some tension with Sixth Circuit opinions interpreting Title VII, which uses an almost identical definition. In cases such as Marie v. American Red Cross, 771 F.3d 344 (6th Cir. 2015), the Sixth Circuit rejected the premise of the Angley decision -- that the courts should use a threshold remuneration test or "economic realities" test to determine employee status. The recent opinion doesn't distinguish or wrestle with the Red Cross opinion.

Third, even though Congress uses the same "employee" definition across the FLSA, NLRA, and Title VII, it is perhaps worth considering de-coupling those definitions given the wildly different contexts in which they operate. For example, whether an volunteer is legally protected from discrimination and harassment should not necessarily depend on whether they are also entitled to a minimum wage. To avoid this issue, some states have started to adopt laws that provide explicit protection against harassment or discrimination to volunteers.

Fourth, the Supreme Court has been trying to make sense of what "employee" means in federal law for at least 70 years. There are circuit splits, inconsistent agency guidance, and a lot of confusion over when unpaid workers are covered by federal law. For organizations that use volunteers, this creates some legal uncertainty. Given the general policy goals of encouraging volunteerism, it may be time to clear up some of this confusion.