Continuing the prior post about Congressional warfare against a gay rights organization, today I highlight some of the other examples in which governments in the United States have abused laws providing for incorporation of nonprofits or regulating charitable solicitation. 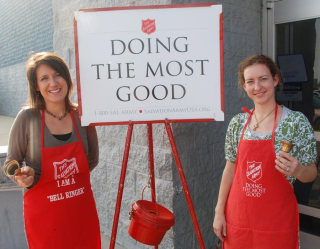 In 1974 -- some 10 years after the US House's embarrassing spectacle against the Mattachine Society -- the Ohio Supreme Court ruled that the Cincinnati Gay Society had purposes that conflicted with the public policy of Ohio, and thus not allowed to incorporate as a nonprofit. State ex rel. Grant v. Brown, 39 Ohio St.2d 112 (Ohio 1974). Ohio law provided that "A corporation may be formed for any purpose or purposes for which natural persons lawfully may associate themselves." Yet the Court affirmed the denial of incorporation to the Cincinnati Gay Society because the promotion of "homosexuality as a ‘valid life style’" was contrary to public policy. The Court's reasoning was brief:

Although homosexual acts between consenting adults are no longer statutory offenses since the new Criminal Code came into effect, there is still reason for denying the writ. We agree with the Secretary of State that the promotion of homosexuality as a valid life style is contrary to the public policy of the state.

Ohio was not the first (although it may have been one of the last) to deny incorporation to organizations that those in charge didn't like. Prof. Silber has an entire book that documents many of these examples. (New York was one of the worst offenders, because potential organizations had to apply to a judge. Although nothing in the law obviously bestowed discretion, judges reasoned that they wouldn't have been entrusted with the power to approve if it was simply ministerial.)

Throughout time, cities and states have tried to abuse their power over nonprofits. Here are just a few illustrative examples (many can be found in Silber's book):

To be sure, things have changed. But, surprisingly, some cities still provide extensive discretion to local authorities to decide which charitable causes are worthy before allowing them to solicit donations, although these laws are likely unconstitutional. For example, until challenged and repealed in 2016, Toledo, Ohio had a law that allowed donations to be solicited only if the City was satisfied that the field is not already covered by another charity, the solicitation “will be beneficial to the people of the City, either collectively or individually" and other requirements. Other cities, like Oakland, California, prohibit charities from soliciting donations if they spend more than a certain percent on fundraising expenses -- a law that was struck down decades ago. Or, Barberton, Ohio, was recently challenged for arresting people who were soliciting donations under a law that only allowed a "recognized charitable or religious group" to ask for donation, despite a nearly identical law being struck down by the Supreme Court in 1976. If you have additional thoughts or ideas on this, let me know: I'm currently researching both the history and the current practices on how cities regulate nonprofits, particularly when it comes to charitable solicitation.