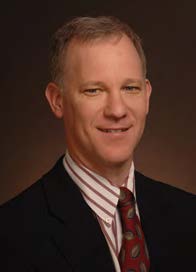 Adam Chodorow (Arizona State) has written a brief analysis of Gaylor v. Mnuchin for the ABA Tax Times. titled A Step Toward Greater Clarity on Clergy Tax Exemptions? Here is the first paragraph:

On October 6, 2017, the U.S. District Court for the Western District of Wisconsin declared section 107(2) of the Internal Revenue Code unconstitutional. The provision permits “ministers of the gospel” to exclude from income compensation designated as a housing allowance, thus giving churches and other religious organizations the ability to provide tax-free housing to their ordained ministers. The provision applies not only to parish priests living in modest housing, but also to televangelists like Joel Osteen, who currently lives tax-free in his $10.3 million mansion. It also applies to ministers who work in church-affiliated schools as teachers and administrators. This affords a significant benefit for certain schools whose religious tenets include the ministry of all believers. In one case, a basketball coach was entitled to exclude his housing allowance from income. The government foregoes around $800 million in revenue per year as a result of this provision, and, if the decision stands, it could have a significant impact on churches and other religious institutions.