Another Crackdown on Foreign NGOs - Will the G20 Try to Address This Issue? 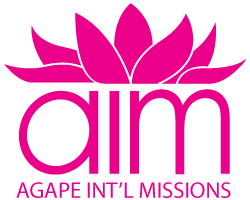 The N.Y. Times reports that the Cambodian Prime Minister has ordered U.S.-based Agape International Missions to end its operations in that country after it was featured in a CNN report on the sex trade there. As detailed in the story, the Prime Minister accused the NGO of possibly misleading CNN regarding the extent of the sex trade in Cambodia and thereby violating the terms of its operating agreement with the government. At this time it is not clear how Agape will respond or whether the Prime Minister's statements have in fact led to the expulsion of the group from that country.

Regardless of the details of this particular situation, there is a growing trend of foreign NGOs, domestic NGOs with foreign support, and sometimes domestic NGOs more generally being targeted for burdensome regulation or worse by the governments of many countries, as I have detailed in this space previously. These concerns have led Helmut K. Anheier (President of the Hertie School of Governance in Germany) to call on the G20 to address this issue in a recent G20 Policy Paper. Here is the abstract: