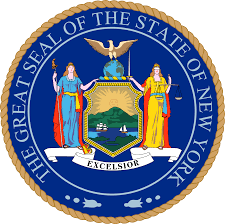 There have been some interesting developments from the states relating to their bread and butter issues of governance, fundraising, and property tax exemptions, as well as a new law in Texas relating to sermons.

With respect to governance, another round of amendments to the New York Nonprofit Revitalization Act went into effect last month (except for one provision that went into effect on January 1st of this year). The amendments clarified a number of important provisions as well as relaxing some of the stricter rules in the original Act, including those relating to related party transactions. For a helpful summary, see this National Law Review article by Pamela Landman (Cadwalader) and Paul W. Mourning (Cadwalader). One interesting nonprofit governance case under the Act is Schneiderman v. The Lutheran Care Network et al., in which New York Attorney General Eric Schneiderman's office challenged the management fees charged by The Lutheran Care Network (TLCN) to one of its affiliates, in part because TLCN had exercised its authority over the affiliate to render the members of the affiliate's board of directors identical to the members of the TLCN board. The trial court rejected the AG office's position, citing the business judgment rule and the presumption that corporate officers and directors act in good faith, regardless of the decision by TLCN to make the affiliate board's membership mirror that of the TLCN board. The March 13th opinion does not appear to be publicly available, but for coverage see the Albany Times Union stories from March 21st, January 13th, and last October 1st.

NY AG Schneiderman office's was more successful in pursuing a fundraising-related claim against the Breast Cancer Survivors Foundation, Inc. (BCSF) and its President and Founder Dr. Yulius Poplyansky. In that case, the resulting settlement closed the "shell charity" BCSF nationwide and resulted in nearly $350,000 to be paid to legitimate breast cancer organizations. The settlement is one result of a broader NY AG "Operation Bottomfeeder" initiative aimed at such charities. The Nonprofit Quarterly noticed a troubling aspect of this case, however: the person apparently behind BCSF was Mark Gelvan, who has "a long history of such activity" and who also was banned for life from such fundraising by none other than the NY AG's office 13 years ago. What additional penalties he may face is unclear, as the investigation into BCSF is apparently continuing.

Turning to property tax exemptions, last year I mentioned that the Massachusetts Supreme Court was considering what counts as sufficiently "religious" use of real property to qualify for exemption as a house of religious worship under Massachusetts law. We now have an opinion in Shrine of Our Lady of La Sallette v. Board of Assessors, and religious organizations in Massachusetts can (mostly) breath a sigh of relief. While exemption statutes are strictly construed, the court rejected a narrow reading of the statute at issue here that would have subject some supporting facilities to tax.  In doing so, the court stated "we recognize that a house of religious worship is more than the chapel used for prayer and the classrooms used for religious instruction. It includes the parking lot where congregants park their vehicles, the anteroom where they greet each other and leave their coats and jackets, the parish hall where they congregate in religious fellowship after prayer services, the offices for the clergy and staff, and the storage area where the extra chairs are stored for high holy days." The court then concluded that because the welcome center and a maintenance building both had a dominant purpose connected with religious worship and instruction they were fully exempt from tax, contrary to the position of the Board of Assessors, which had limited full exemption to a church, chapels, a monastery, and a retreat center. It agreed with the Board, however, that a safe house for battered women (leased to a another nonprofit for this purpose) and a wildlife sanctuary did not meet this test (although if the proper application had been filed, they might have been exempt because their dominant purpose was charitable). More coverage: WBUR News.

Finally, one other religious organization-related state law development. Several years ago attorneys for the mayor of Houston subpoenaed the sermons of five pastors who opposed a city ordinance banning discrimination based on sexual orientation during litigation relating to an attempt to repeal the ordinance. She dropped the subpoenas in the face of nationwide criticism, and the ordinance was repealed by Houston voters in November 2015. Nevertheless, the Houston Legislature and current Texas Governor Greg Abbott felt it was important to bar Texas government officials from ever compelling the disclosure of sermons in the future, and so they enacted legislation along those lines last month.