It is rare to for nonprofit law to be in the federal spotlight as vividly as it was last week when President Trump signed an Executive Order on "Free Speech and Religious Liberty." 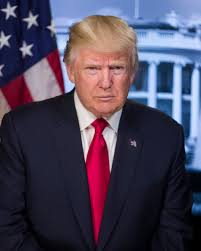 Section 2 of the EO addresses the Johnson Amendment (which prohibits partisan political activity by 501c3 nonprofits):

Sec. 2.  Respecting Religious and Political Speech.  All executive departments and agencies (agencies) shall, to the greatest extent practicable and to the extent permitted by law, respect and protect the freedom of persons and organizations to engage in religious and political speech.  In particular, the Secretary of the Treasury shall ensure, to the extent permitted by law, that the Department of the Treasury does not take any adverse action against any individual, house of worship, or other religious organization on the basis that such individual or organization speaks or has spoken about moral or political issues from a religious perspective, where speech of similar character has, consistent with law, not ordinarily been treated as participation or intervention in a political campaign on behalf of (or in opposition to) a candidate for public office by the Department of the Treasury.  As used in this section, the term "adverse action" means the imposition of any tax or tax penalty; the delay or denial of tax-exempt status; the disallowance of tax deductions for contributions made to entities exempted from taxation under section 501(c)(3) of title 26, United States Code; or any other action that makes unavailable or denies any tax deduction, exemption, credit, or benefit.

“Under this rule, if a pastor, priest or imam speaks about an issue of political or public importance, they are threatened with the loss of their tax-exempt status, a crippling financial punishment. Very, very unfair. But no longer... This financial threat against the faith community is over... So you’re now in a position where you can say what you want to say. And I know you’ll only say good and what’s in your heart. And that’s what we want."

Before the final text of the order was released, commentators raised numerous objections to the order that was anticipated: a broad commitment not to enforce the Johnson Amendment against religious groups. However, the text of the signed order says nothing concrete in terms of legal or policy. Indeed, the ACLU initially promised a lawsuit, but ultimately backtracked, concluding that the order "signing was an elaborate photo-op with no discernible policy outcome." Undeterred, the Freedom from Religion Foundation is going ahead with its planned lawsuit, reading between the lines of the EO to perceive a clear "stop enforcement" signal to the IRS.