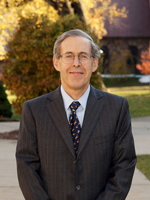 In a pallid imitation of David Farenthold’s  work in the Washington Post on the Trump Foundation, a Scripps News investigation has reported that charity regulators in Mississippi cited the Clinton Foundation for three years beginning in 2001 for failure to register to solicit funds in that state, and the charity did not disclose those instances to some other states as required.

While the Clinton Foundation justifiably can be criticized for inattention to possible conflicts of interest as well as a lack of concern with good nonprofit governance norms, a failure to register in one state for several years followed by the Foundation’s failure to mention it some years later in other states’ annual filing forms are minor infractions equivalent to reporting someone was issued a traffic ticket for parking fifteen inches from the curb, instead of twelve as required by an ordinance.

Almost all of the states require registration in order for a charity to solicit funds. This is accompanied by a requirement of filing a financial report at the end of the year. The registration process is simplified in that almost forty states accept a unified filing statement, which means the charity has to fill out one form and can submit it to all states in which it will try to raise funds. This task is usually done by firms that specialize in fundraising registration and compliance services. The financial reports are likely prepared by the charity’s accountants, who may have no knowledge of the registration process. The charity may not know that a mistake was made in one state, and neither would the accountant. And, as the story indicates, the charity officials who sign the forms may rely on others to prepare them and so not catch inconsistencies between them.

Professor Linda Sugin of Fordham inspected the Trump Foundation’s 990-PF and wrote in a New York Times op-ed piece that there were misstatements made in answering questions whether the foundation engaged in any self-dealing or political activities. That form was likely prepared and filed by Mr. Trump’s accountants, who had little knowledge, like everyone else, of what the Foundation’s activities really were. (The Trump Foundation is registered as a private foundation. Despite its name the Clinton Foundation is a public charity.) So, as was likely the case here with the Clinton Foundation and its charitable solicitation filings, those reporting failures probably reflect more a lack of communication than intentional errors.

Failures of registration by charities to solicit funds are common as many small and new charities are unaware of the requirement. Even larger and more sophisticated charities often make mistakes when completing the many state forms; while a growing number of states accept the unified filing statement, many require additional, state-specific information. When such failures occur, the state’s attorney general or other responsible official will contact the charity, give a period of time to correct the failure, perhaps impose a minor fine, and that’s the end of the situation. Repeated violations may lead to somewhat larger fines, but absent evidence of fraud on the public or other substantive legal violations that is as far it usually goes, although on occasion an attorney general will order a charity to stop soliciting in their state until the filing failures are corrected.

The Trump Foundation, which failed to register anywhere, including its home state of New York, was ordered by New York Attorney General Eric Schneiderman to halt fundraising in New York until it registered, which it later promised to do.  What was unique was that the failure to register was the subject of a press release, perhaps the first one ever issued for such an infraction. See Joseph Mead’s post in the Nonprofit Law Prof Blog. Whether the high profile nature of the Trump Foundation may have justified this step, unusual as it was, could certainly be debated.

Given the size and scope of the Clinton Foundation’s activities, not to speak of some legitimate issues for journalistic inquiry, are such inconsequential miscues worthy of the Scripps’ investigative reporters? One the many great things about the election finally taking place will be that the media can return to its normal stable of non-news stories. Kim Kardashian can’t wait.