Think Tanks and Their Donors, or How to Get Unbiased Public Policy Research 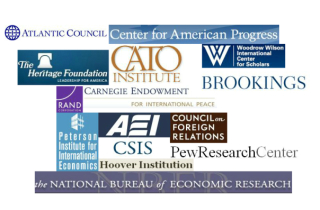 The NY Times is running a series of articles on the influence donors, particularly large corporations, appear to have over research conducted by some prominent think tanks. As its front page articles on August 8th and August 9th detail, many researchers associated with think tanks are paid consultants or lobbyists for corporate clients, and many think tanks also receive contributions directly from corporations that have an interest in the research the think tank is conducting. Some of the think tanks identified have either admitted to lapses in oversight or adopted more stringent conflict of interest and disclosure policies, but it is not clear how widespread such admissions or changes are within the think tank community.

While in theory reaching research conclusions that are helpful to donors or clients could constitute providing prohibited private benefit on the part of the think tanks, which are generally tax-exempt under Internal Revenue Code section 501(c)(3), the connections detailed in the articles seem too tenuous to support such a claim. This is especially true given both that proving a solid link between a donation and research results is difficult and that the think tanks identified generally engage in a broad range of research projects, only a small portion of which may be tainted by donor influence. Similarly, while some think tanks then arrange for meetings or conferences centering on their research and attended by government policy makers that might constitute lobbying for federal tax purposes, most such events likely fall outside of the technical definition of lobbying and the few that may not are almost certainly within the limited amount of lobbying permitted for tax-exempt charitable organizations such as think tanks.

Nevertheless, the stories are troubling because they throw into question the ability of government policymakers to rely on such research, as noted by Senator Elizabeth Warren in a video the NY Times posted with these stories. In its regular Room for the Debate feature, the NY Times therefore invited a number of commentators to suggest possible ways to address the concerns raised in its stories. Suggestions ranged from greater transparency about possible conflicts (including a certification process), better internal procedures to ensure unbiased research results, greater skepticism regarding those results on the part of journalists and others who report or rely on those results, and a diversification of funding sources (including ensuring various governmental funding sources) to support such research. I frankly am skeptical of transparency, certification, and internal procedure improvement if only because it may be too difficult for busy lawmakers, much less journalists and other members of the public, to shift through various disclosures or to determine what certification schemes or particular think tanks are reliable. I believe the diversification of funding sources idea has more promise, particularly if there are (nonpartisan) ways for government agencies to provide such funding conditioned on accurate, unbiased results. Bottom line, this strikes me as not a narrow federal tax issue but a larger issue about how to incentivize truth telling in public policy research.