Dept of Labor: Volunteers who Provide a Benefit to Organization Are Employees, Must Be Paid Minimum Wage

A church encourages its parishioners to volunteer for a fundraiser.  More than 100 individuals heed the call and volunteer their time: some a few hours, some much more.  The Department of Labor then sues for violations of federal labor law for failing to pay the workers—who DOL considers “employees”—a minimum wage as required by the Federal Labor Standards Act (FLSA). 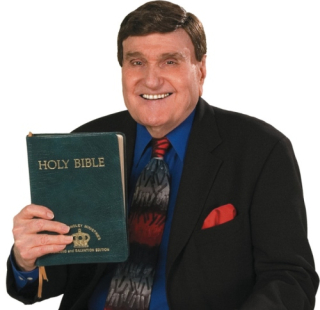 Sound unlikely?  Well, this exact scenario is playing out in Ohio in the case of Perez v. Cathedral Buffet.  Ernest Angley, of televangelism infamy, runs a church and a buffet restaurant.  According to court papers, the restaurant is organized as a for-profit organization owned entirely by the church, although the restaurant does not make and has not made a profit.  Parishioners volunteer for the buffet—sometimes sporadically, sometimes regularly.  105 of the would-be employees signed affidavits indicating that they did not receive any economic advantage from volunteering, and they volunteered for the sense of community the opportunity provided.  Department of Labor has sued Cathedral Buffet and the Ernest Angley for years of failing to pay volunteers.

In response to the argument that the volunteers do not need to be paid a minimum wage, the Department of Labor has taken the following position:

But even if the volunteers did not expect compensation, they certainly did not work solely for their own purpose or pleasure, without immediate benefit to the Buffet.  Former Church member Roadman declared that she felt pressure to volunteer.  (Roadman Decl. ¶6.)  And although the Employers claim the volunteers received a “sense of community” or “satisfaction,” the benefit to them was vastly outweighed by the benefit received by the Buffet.  The Buffet actively sought out volunteers to help staff the Buffet, and Angley even admitted that the use of volunteers was a cost-saving measure.  (Angley Dep. 35:7-36:11, 50:21-25.)   And unlike in Portland Terminal, the Buffet’s workers are not being trained or otherwise working under the close scrutiny of paid employees.

The Buffet cannot rely on the goodwill of the Church members to provide labor that would otherwise be done by paid employees and be compensable under the Act.  And the Buffet cannot pressure individuals into providing free labor, then shield itself from FLSA liability under the guise of the Church’s religious mission.

In other words, DOL’s legal position seems to be that an organization MUST pay minimum wage to volunteers as employees if it 1) asked the individual to volunteer and 2) it receives a benefit from those volunteers. If this is the standard, then a lot of organizations are in trouble.  After all, a lot of organizations depend on appeals to religious or moral duty to convince people to volunteer.  And while some charities likely tolerate volunteers even if they don’t add value, many organizations depend on volunteers to make their operations successful.  (Earlier in the case, DOL took the position that it was impossible to "volunteer" for a for-profit enterprise, although its latest briefing appears to have abandoned this position, which had been rejected by several other courts.)

Can Labor’s position possibly be right? Well… probably not, but maybe:

The FLSA is a case study in ambiguous language.  An employee is “employed by an employer,” a definition that “is completely circular and explains nothing.”  Nationwide Mut. Ins. Co. v. Darden, 503 U.S. 318, 323 (1992).  And the Department of Labor has refused to issue regulations clarifying when an unpaid worker for a charitable cause becomes subject to the FLSA.  Without Chevron deference, Labor’s informal and frustratingly non-specific “guidance” on these topics—while often relied upon by HR managers—is regularly rejected by the Courts.  (DOL’s rulemaking in other contexts have often not fared well in judicial review.  E.g., Encino Motorcars v. Navarro)  When deciding when volunteers are “employees,” the Courts are split as to whether expectation of significant remuneration is a threshold requirement.  A majority of circuits say that a worker is an employee only if s/he expects payment.

The Sixth Circuit is in a minority of circuits that skips this step, making Department of Labor’s position in the Ohio case plausible.  Even so, Labor likely has to show that the "economic realities" of the situation mean that "volunteers" are actually employees in disguise.  (Technically, the Sixth Circuit has also expressed skepticism of this test, but we have to use something, darnit!)  This test, derived from the Supreme Court's decision in Tony & Susan Alamo v. Dept of Labor, is designed to root out situations where a worker is economically dependent on the organization (because it provides room and board, for example), so that the relationship is more akin to the economic dependence of an employee on an employer.  There isn't the scantest bit of evidence that the volunteers for Mr. Angley are economically dependent on their volunteer service.  At best, they view it as a path to salvation or friendship, neither of which qualify as economic dependence.

There’s a lot more than could be said about this convoluted area of law.  Part of the problem is that the Department of Labor and the Courts lack a clear vision for when a charitable volunteer is actually an employee.  Instead, it is a fact-based, almost gut-level, totality of the circumstances inquiry that seems to be more dependent on Labor’s feelings on a particular day than any ascertainable or concrete criteria.  But until this gets sorted out—through more definite judicial resolution, or, even better, legislative or administrative clarification—FLSA poses another risk to organization’s using volunteers.

A for-profit restaurant operating continually on church property differs from an occasional buffet where food is prepared by and served by volunteers. It is in competition with a small, not very profitable restaurant not on church property that is paying its employees, collecting tax on food and paying real property tax if it owns the real property. To me, there is a distinction. I also think that the space on which a for profit corporation located inside a charitable organization is located should not be exempt from real property or other property taxes. Again, it competes unfairly with others when it gets that tax break. A charity should not be a for profit entity.

why does this site erase comments before they are finished? does one have to work in Word and then cut and paste?

Wow such a awesome post love it, searching for something and got it here,
Thanks for this post