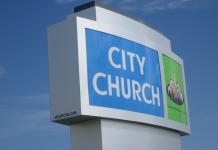 A flurry of litigation targets the tax benefits enjoyed by religious organizations and their ministers, including the parsonage allowance exclusion and property tax exemptions. At the same time, religious organizations are pushing back on government regulation by challenging the IRS enforcement of the political campaign intervention prohibition. And of course news outlets are continually searching for possible behavior by religious groups and sometimes finding it.

In the courts, the Freedom From Religion Foundation has refiled its complaint challenging on Establishment Clause and Due Process Clause grounds the parsonage allowance exclusion provided to ministers by Internal Revenue Code section 107. In an attempt to remedy the standing issue that doomed its earlier challenge, FFRF's new complaint asserts that it provides a housing allowance to its officers but solely because they are not ministers that allowance is subject to federal income tax. It remains to be seen whether these changed facts are sufficient to overcome the general prohibition on taxpayer standing, although the Seventh Circuit's earlier decision on this issue indicates they may be.

At the same time, the Massachusetts Supreme Court has taken up the question of what counts as sufficiently "religious" use of real property to qualify that property for tax exemption. Areas of the property at issue include a maintenance shed, a coffee shop, conference rooms, a religious bookstore, and part of a forest preserve. A recent Atlantic article (hat tip: Above the Law) details the possible significant ramifications of the case, both in Massachusetts and nationally, given the increasing financial pressure on local tax assessors to narrowly interpret property tax exemptions. Additional Coverage: WBUR.

Religious organizations are not solely on the defensive, however. The Alliance Defending Freedom, not satisfied with its increasingly popular Pulpit Freedom Sunday challenge to the Internal Revenue Code section 501(c)(3) prohibition's application to churches and other religious organizations, has now filed a Freedom of Information Act lawsuit to force the IRS to disclose its rules for investigating churches. ADF is basing its lawsuit on the disclosure by the IRS, in response to a FFRF lawsuit, that it was actively enforcing the prohibition as against churches. For a discussion of the bind ADF and FFRF are putting the IRS in, see this Surly Subgroup blogpost by Sam Brunson.

Finally, religious organizations continue to be fruitful sources for news outlets looking for scandals. Most recently, the City Church of New Orleans was the subject of a story by WWLTV detailing an ongoing state criminal investigation. The allegations against the church include both ones that are sadly familiar - financial mismanagement and use of church resources to benefit the private business interests of church leaders - and ones that are less common - lying to collect federal education grants and film tax credits. It remains to be seen, of course, whether these allegations are shown to be accurate or not.