The Clinton Foundation Provided "Private Benefit" - Or Did It? 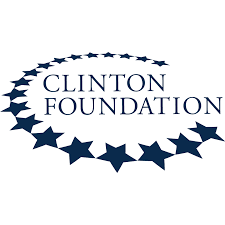 The Wall Street Journal reports that the Bill, Hillary & Chelsea Clinton Foundation may have violated federal tax law by facilitating investment in the for-profit company Energy Pioneer Solutions Inc. According to the article, the Clinton Foundation claimed in September 2010 that it helped arrange a $2 million commitment from a private individual to the then new business. It also notes that some of the owners of the business have either Democratic political ties or, in one case, is a close friend of former President Bill Clinton. What the article fails to do, however, is explain in any detail how this situation constitutes "private benefit" in legal sense. This failure creates a false impression regarding what that term actually means and how it applies to the Clinton Foundation in this situation.

It should be noted initially that the Clinton Foundation, despite its name, is not a "private foundation" for federal tax purposes and therefore is not subject to the more restrictive rules applicable to private foundations. It is not a private foundation for the simple reason that it receives financial support from a broad range of sources. It is therefore only subject, like other public charities, to the relatively vague prohibitions against private inurement and private benefit.

The Wall Street Journal article correctly does not invoke the private inurement prohibition. That prohibition only applies to benefits provided to insiders of a charity. Nothing in the story indicates that was the case here, as the only party that benefitted was Energy Pioneer Solutions and its owners, none of whom were insiders of the Clinton Foundation or even family members of insiders. The article instead invokes the more amorphous private benefit limitation, that bars a charity from unduly benefitting any private party.

This is where a careful legal analysis was needed but is lacking. Based on the facts reported in the article, the situation described does not run afoul of the private benefit limitation for at least two reasons. First, the amount of benefit allegedly provided by the Clinton Foundation, as opposed to the private investors, was minimal and so does not rise to a level that constitutes a prohibited private benefit. The article does not assert that the Clinton Foundation provided any funds to Energy Pioneer Solutions, nor does it even explain what resources the Clinton Foundation expended (if any) to facilitate the investment by private individuals of their own funds in the for-profit company. Cases where the IRS has asserted a private benefit violation have usually involved a charity devoting essentially all of its efforts to benefitting a private party. For example, one often-cited case involved a charity that essentially served as a marketing arm for intellectual property owned by (and licensed from) a for-profit company (Est of Hawaii v. Commissioner, 71 T.C. 1067 (1979)). Another prominent case involved a charity that trained political campaign professionals, but only ones who then went on to work for a single political party's candidates and affiliates (American Campaign Academy v. Commissioner, 92 T.C. 1053 (1989)).

Second, most charitable activities unavoidably provide private benefit. For example, schools provide a private benefit to all of their students as a necessary part of furthering an educational purpose.  The key issue is therefore whether any private benefit here was in furtherance of, and therefore incidental to, the charitable purpose served. The facilitated investment was in a start-up company that focused on protecting the environment through its business activities. Even more restricted private foundations are permitted to invest, whether in the form of loans or equity stakes, in for-profit business that promote charitable purposes such as environmental protection if the primary purpose of the investment is to promote a charitable purpose and production of income or appreciation of property is not a significant purpose. And private foundations are even permitted to count such "program-related investments" as charitable spending that counts toward their annual minimum payout requirement. In this instance the Clinton Foundation only facilitated an investment by private parties in a company with a mission that matched the Clinton Foundation's charitable purposes and that likely needed the assistance to further its environmental protection goals given its start-up nature. Any private benefit to the company and its owners was therefore incidental to the furtherance of the Clinton Foundation's charitable purposes by arranging this investment and so permitted legally. The fact that Energy Pioneer Solutions has struggled financially, as detailed in the article, actually demonstrates the importance of the Clinton Foundation's efforts to help this (for-profit) environmental protection effort.

Finally, it should be noted that the article makes much of the fact that at least one advisor to former President Bill Clinton objected to the Clinton Foundation publicly touting its role in facilitating this investment, and that this role was eventually removed from a public database of such facilitations maintained by the foundation. There are at least two plausible explanations for these actions, neither of which indicates any violation of federal tax law. First, and as the article itself demonstrates, touting the investment risked vague allegations that something improper had occurred even though legally nothing had. Second, it actually is not clear from the article how much of a role the Clinton Foundation actually had in facilitating the investment; touting the foundation's publicly therefore might actually have been overstating the foundation's involvement. But neither a sensitivity to public perceptions nor perhaps a little undue boasting violates the law. The bottom line is that whatever public perception concerns the investment may raise, it does not raise any federal tax concerns for the Clinton Foundation based on the reported facts.

And I suppose that the fact the Foundation had to amend several years of returns because of the omission of foreign contributions should give us confidence that grotesque appearances are just that...perception. Well, the perception is that the Clintons are crooks and the America people have got to know that their president is not a crook. Smell test is wafting.

How many times has the Clinton Foundation been audited? Does anyone at the IRS perform audits on famous Democrats?

You are delusional. The Clinton Foundation was a pay for play scheme.