A handful of professors have sued their professional society, claiming that the association’s boycott of Israel exceeds the organization’s mission under its charter. 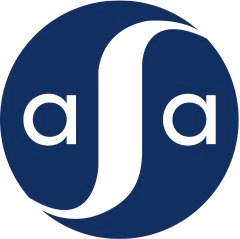 According to the Complaint, the American Studies Association’s constitution says:

The object of the association shall be the promotion of the study of American culture through the encouragement of research, teaching, publication, the strengthening of relations among persons and institutions in this country and abroad devoted to such studies, and the broadening of knowledge among the general public about American culture in all its diversity and complexity.

In 2013, the association adopted a resolution boycotting “Israeli academic institutions.”  The plaintiffs are current or former association members who disagree with the boycott.  In addition to a procedural complaint about the way the vote was held, the plaintiffs argue that the decision to boycott Israel exceeds the purposes of the organization under their charter since it does not further the scholarly objective of the association (breach of fiduciary duty and ultra vires action).  (You may recall a similar dispute about this organization arose in 2014, when a professor challenged the organization's tax-exempt status--a challenge John Colombo predicted on this blog was going nowhere fast.)

From the perspective of nonprofit law, it will be interesting to see what level of judicial deference gets applied to the board’s decision: does Business Judgment Rule apply or is it a more searching review?  And would plaintiffs' argument pass either of these standards?

My quick take is that this suit seems like a stretch.  To begin, the boycott causes the association to NOT do something (i.e., decline to engage with one nation’s academics), and I don’t think I’ve ever seen a nonprofit successfully sued for not engaging in some programmatic activity or with some set of prospective clients, even if it is selective, arbitrary, or policy-driven. Also, food banks decline to buy from producers who don’t use environmentally-friendly methods; housing organizations decline to contract with organizations that don’t have certain personnel policies.  It’s hard for me to imagine any of these purchasing decisions being successfully challenged in court on the grounds that they exceed the organization’s mission.

Second, judicial review without deference in this case would essentially ask a Court to override the judgment of a group of scholars on what types of activities further their scholarly mission, which I suspect most courts are ill-suited and reluctant to do.  Moreover, judicial involvement here could set a precedent of second-guessing nonprofits when they wade into policy disputes or controversial areas, which would undercut the independence of the nonprofit sector. The mere fact that there is passionate disagreement on the issue suggests it is better to be hashed out by nonprofits within the confines of their organizations without courts getting involved.  (I'm reminded of the Supreme Court's admonition in Boy Scouts v. Dale, when a lot of people (including me) couldn't understand how excluding gay scoutleaders furthered the organization's mission, yet the Supreme Court heavily deferred to the organization's judgment in the process of concluding that the organization had a constitutional exemption from state laws.  If deference is warranted in a constitutional case, then surely it is warranted under usual corporation law principles.)

Finally, while there is often a compelling argument for keeping nonprofits close to their mission, the need for judicial involvement here is minimal.  Exit is cheap and easy for association members who don’t like the direction of the organization.  There’s no forced membership, as in a union or Home Owners Association.  Nor are monitoring costs excessively high, as might be the case for a financial donor contributing to a social service charity.  Nor is there a huge stockpile of donated money being held in trust for past donors and future beneficiaries.  With the ample opportunities of voice (voting) and exit (quitting), the policy argument for courts treating this as a reviewable decision is relatively weak.

This case seems like a tough sell under the usual standards of nonprofit corporation law.  I wouldn't have voted the way that the Association did, but a main reason we have the nonprofit sector is to let people freely associate themselves, without me or anyone else agreeing with their choices.  I don't think the burden has been met that this association has departed enough from its charter to warrant judicial override.

Readers, what do you think?  Does this case state a claim for ultra vires or breach of a fiduciary duty?  Should courts review associations’ actions in cases like this?