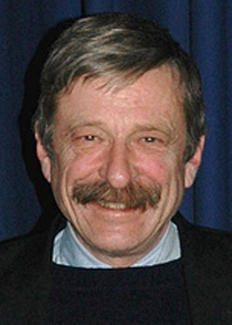 Today, the academy lost a leading scholar of the history of the nonprofit sector – as judged not just by the quality of his output but also by the role he played in influencing the work of others, inside and outside his discipline, in both the academic and policy arenas.  Today I lost a dear mentor, colleague, and friend, Peter Dobkin Hall.

I started my academic career as a tax lawyer, but as any nonprofit researcher quickly learns, nonprofit studies is a broad and multi-disciplinary business.  I became aware of Peter’s work from his chapter in PONPO’s recently published compendium of the state-of-the-art nonprofit scholarship in political science, economics, law, history, sociology, management, and policy studies – The Nonprofit Sector: A Research Handbook (Walter F. Powell, editor) (Program on Non-Profit Organizations, Yale University Press 1987).  But I became hooked on Peter’s work when I read his collection of essays in Inventing the Nonprofit Sector (Johns Hopkins 1992).  To some degree, the field of nonprofit studies suffers from “cheerleading” by some of its practitioners.  As a lawyer, I was skeptical of claims of exceptionalism on the part of “unowned” organizations controlling vast sums of wealth, no matter how good their intentions.  As a tax lawyer, I was baffled by the structure of the federal tax-exemption scheme and the variety of organizations it embraces.  I found persuasive and eye-opening Peter’s account of a relatively recent “invention” of a “nonprofit sector” – in part initiated by those who sought to draw under a single umbrella a group of firms that had not previously identified with each other, in order to defend against congressional attack.  Indeed, I found Peter’s overall analysis so compelling that I introduced my second nonprofit article with the following quote from Peter’s 1992 book:

[Nonprofit organizations’] crucially important function in the American polity [derives from] their concrete historical association with a particular institutional culture, a configuration of values, resources, organizational technologies, legal infrastructure, and styles of leadership.  This institutional culture originated at the end of the eighteenth century, became dominant . . . in the twentieth, and entered a period of crisis – quite possibly a crisis of success rather than of failure – in our own time.

So of course I was thrilled when Peter, then serving as PONPO director, invited me join a project studying the changing dimensions of trusteeship.  Pushed beyond my tax-law comfort zone, I found myself exploring issues of corporate and trust fiduciary law, ultimately leading to my writing the chapter on the legal framework for nonprofit organizations for the second edition of The Nonprofit Sector: A Research Handbook (edited by Richard Steinberg and Walter W. Powell) (Yale University Press 2006).  In addition, at Peter’s invitation, I supplied a legal scholar’s perspective to the multi-disciplinary Symposium Book Review of Henry Hansmann’s The Ownership of Enterprise, published in the Nonprofit and Voluntary Sector Quarterly (1999).  Peter provided a historical perspective for both these projects.  As a Research Scholar with the Urban Institute’s Center on Nonprofits and Philanthropy, I was delighted to reverse roles: I recruited Peter to contribute a chapter – on the history of nonprofit property-tax exemptions in his beloved New Haven – to the book I was editing, Property Tax Exemption for Charities: Mapping the Battlefield (Urban institute Press 2002).

It was not always easy for Peter to meet every deadline he’d agreed to; his prolific research agenda was to a large extent driven by demands made by others.  And readers outside his field, like me, appreciate the simplicity, drama, and beauty of his writing style and presentation.  As a separate matter, Peter was one of the rare scholars in the nonprofit field to have taken seriously (and produced nuanced and serious) research on religious organizations.

Finally, I would like to praise the energy and intelligence that Peter brought to the formation and activities of the multi-disciplinary Association of Research on Nonprofit Organizations and Voluntary Association (ARNOVA).  From 1996, when I joined the association, for many years I thought Peter always was and always would be the book review editor, producing a plethora of thoughtful book reviews.  As chair of the Annual Book Award Committee, Peter sought to identify the definitive meritorious publication by assembling a comprehensive list of the several dozen volumes published in the most recent five years on philanthropy, voluntary organizations, nonprofits, civil society, and related topics.

I always looked forward to spotting Peter’s dapper broad-brimmed hat and handle-bar mustache at ARNOVA meetings and other academic conferences.  He loved nonprofits both as an intellectual subject and as a vehicle for social change.  His enthusiasm, perceptiveness, and eagerness to right injustices served him not only as a leading nonprofit academic, but also as an inspiring community leader.

I know we all join with Evelyn in mourning the loss of Peter as a scholar, colleague, and friend.

Listed below are links to weblogs that reference Tribute to Peter Dobkin Hall from Evelyn Brody:

Evelyn - Thank you for the lovely tribute to Peter, who was a wonderfully caring and passionate person and who inspired, informed, and challenged many of us in the nonprofit research field.

I would like to add an additional observation to Evelyn Brody's tribute to Peter Dobkin Hall. As an economist who works on nonprofit issues, I can remember any number of times when Peter and I would engage in spirited, but always civil debate on the value (or lack thereof) of economic models in understanding the behavior of nonprofit organizations and donors. Peter wore his skepticism of the economic approach on his sleeve with grace and wit. Whether I agreed with what he had to say or not, he was always worth listening to. He will be missed.