Mueller: An Argument for Continued Use of Standards to Evaluate the Campaign Activities of 501(c)(4) Organizations 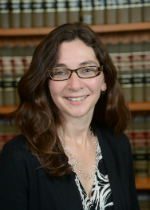 Jennifer Mueller (American) has published "Defending Nuance in an Era of Tea Party Politics: An Argument for the Continued Use of Standards to Evaluate the Campaign Activities of 501(c)(4) Organizations," 22 George Mason Law Review 103 (2014).   The following excerpt is from the introduction (citations omitted):

As this Article shows below, many of these premises are true: this is a complex area of law, and under the current system the agency’s final determination is, at the margins, unpredictable. When it comes to both tax and campaign finance, there will always be individuals seeking to circumvent the law. And certainly the public should be concerned for the robustness of the entire system. But all of these considerations counsel for retaining, with some modifications, the IRS’s standards-based approach to policing the campaign intervention line. They certainly do not support the contention that bright-line rules will markedly improve compliance or reduce the level of political participation by newly formed social welfare groups. Moreover, notwithstanding the political appeal of anti-IRS rhetoric, constraining the agency’s discretion in these cases will help no one but private actors looking for loopholes.

This Article reaches this conclusion through two independent lines of analysis. The first is largely theoretical. It examines the characteristics of rules—where the content of a legal command is provided ex ante—and standards—where the exact contours are determined as applied to a concrete set of facts ex post—as set out in legal scholarship over the last several decades. Following the lead of Professor Ellen Aprill, who recently conducted a similar inquiry with regard to 501(c)(3) charitable organizations but reached a different conclusion, this Article relies on the comprehensive framework set out by Professor Louis Kaplow in his article “Rules Versus Standards: An Economic Analysis.”

The second line of analysis is based on the observed effects of brightline rules in the parallel regime of campaign finance law. Campaign finance is an obvious choice for comparison for several reasons. First, many of the concerns and considerations set forth above, including complexity and circumvention, apply with equal force in the campaign finance arena. Second, it is a natural foil: the Federal Election Campaign Act (“FECA”) is increasingly administered through bright-line rules. Finally, many of those calling for reform of Section 501(c)(4) are motivated by concerns about the evasion of existing campaign finance laws, so there is a practical appeal to testing the hypothesis that rules in this area would be more effective.

Listed below are links to weblogs that reference Mueller: An Argument for Continued Use of Standards to Evaluate the Campaign Activities of 501(c)(4) Organizations: