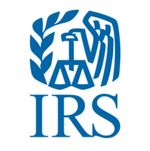 On September 4, 2014, I attended an excellent conference on the valuation of conservation easements in Sioux Falls, SD, sponsored by the North Star Chapter of the Appraisal Institute. The conference featured five representatives from the IRS:

The purpose of the conference was to help appraisers develop a greater understanding of the relevant requirements and the IRS’s intent to actively review appraisals in the easement context.

Below are some highlights from the conference that should be of interest not only to appraisers, but also to conservation easement donors and their legal advisors.

Avoid Embarrassing Cross-Examination at Trial. The IRS representatives staged a mock trial in which one of the IRS Senior Appraisers played the role of the taxpayer’s appraiser. The appraiser was required to defend the conservation easement appraisal he had prepared for the taxpayer years earlier. The appraisal was not well done, and the appraiser’s discomfiture at having to admit, among other things, inconsistencies in the appraisal, lack of support for his conclusions, and that some of the appraisal did not represent his own work product (he used data from another appraiser without verifying it), was very instructive (the content of the appraisal and the cross-examination were based on actual tax court trial proceedings). The IRS representatives explained that, when the value of a conservation easement is challenged, the goal on cross-examination of the taxpayer’s appraiser is to show that the appraiser is incompetent.

A Dip in The Hot Tub. Judges may employ a new technique known as the “hot tub” method for the presentation of evidence on valuation. Rather than (or in addition to) having the government’s valuation expert and the taxpayer’s valuation expert testify separately, and often with a considerable time lapse in between, the experts may be called upon to “take a dip in the hot tub” and offer their opinions concurrently in a dialogue with the judge. One commentator explains:

Under the [hot tub] method, the experts engage in a face-to-face discussion with each other and the trial judge about all relevant issues dealing with their expert opinions and the underlying bases for such opinions. No longer is the process a disjointed mess. One foreign jurist lauds [the method] for making it possible for judges to avoid ‘having to compare a witness giving evidence now with the half-remembered evidence of another expert given perhaps some weeks previously.’ Not only does the basic premise of concurrent evidence better assist the trier of fact in highlighting and reconciling competing evidence, it results in an effective medium for reducing partisan bias as well as the time and expense of litigation.

An expert qualified to testify in a judicial proceeding owes a duty to the Court that transcends the duty to his or her client insofar as the expert must present his or her opinion, as well as the facts, data, and analysis on which he or she relied, neutrally and candidly…. Experts who breach their duty to the Court in order to advance their client's litigating position compromise their usefulness. We are mindful of the “cottage industry of experts who function primarily in the market for tax benefits”…and our concerns about the helpfulness of expert testimony in one recent case, and in these cases, led us to have the experts testify concurrently…. The concurrent testimony in these cases enabled us to more easily separate the reliable portions of the expert reports from the unreliable, and consequently, to expedite our decisionmaking process….

One of the IRS Senior Attorneys at the Sioux Falls conference explained that another Tax Court Judge had recently employed the hot tub method in a case involving a challenge to a deduction for a conservation easement donation (the opinion in that case has not yet been issued). She also cautioned that, if a Judge thinks an appraiser is acting as an advocate for the taxpayer, the court may throw out the expert’s report and testimony. See Boltar v. Comm'r, 136 T.C. 326 (2011). Judges, she said, take very seriously the fact that valuation experts should be independent and their role is to assist the court, not advocate for the client’s position.

Valuation Will Generally be an Issue in Litigation. Unless the IRS agrees with an appraisal, valuation will generally be raised as an issue in litigation even if substantiation of the deduction or satisfaction of the requirements of § 170(h) and the Treasury Regulations are also contested. This is because (i) the IRS may not be successful on substantiation or qualification grounds and contesting valuation provides them with a fallback position and (ii) as part of the Pension Protection Act of 2006, Congress expanded the circumstances under which penalties can be imposed for overvaluations.

Scope of Assignment. An appraiser may find him or herself having to defend a conservation easement appraisal in the context of an audit or litigation many years after the appraisal was prepared. This can be difficult and time consuming. Appraisers should define the scope of a conservation easement valuation assignment in the engagement letter and make it clear that, if the valuation is later challenged, defense of the appraisal would be a separate assignment for which the appraiser must be paid.

Good Writing Is Crucial. The ability to communicate is a key element in meeting IRS expectations.

the price at which the property would change hands between a willing buyer and a willing seller, neither being under any compulsion to buy or sell and both having reasonable knowledge of relevant facts. Treas. Reg. §1.170A-1(c) (2).

In other words, fair market value is the price at which the taxpayer could realistically sell the land in its current state on the open market. This most basic of rules is sometimes lost in a flood of data, statistics, and assumptions, particularly when an appraiser relies on the subdivision development analysis. At the end of the day, the appraiser should ask him or herself: Could this property realistically be sold on the open market for the value I have estimated?

HBU. An appraiser cannot come to an accurate conclusion about highest and best use without doing a thorough market analysis. The foundation of all valuation considerations lies in the accurate and reasonable analysis of the market in which a property competes. Does the conclusion make sense? If you build it, will they come?

Conservation Purposes. The appraiser should examine the property, the baseline documentation, and the final version of the conservation easement deed. An appraiser cannot, for example, prepare an accurate appraisal without knowing that there are endangered species on a property, the presence of which will limit the property’s development under federal law. Similarly, an appraiser cannot prepare an accurate appraisal without knowing the final (as opposed to draft) terms of the easement.

Be Specific. Do not wax on about South Dakota if the property is located in Sioux Falls; focus on Sioux Falls.

Entire Contiguous Parcel and Enhancement Rules. Although both rules are set forth in Treasury Regulation § 1.170A-14(h)(3)(i), they are different and require different analyses.

Assuming Zoning Changes. If the appraiser is assuming that current zoning could be changed, the appraiser must consider the time it would take to make the change (delay), the costs associated with making the change, and the probability that the change would be made.

Quid Pro Quo. The burden of proof is on the taxpayer to show that the value of a conservation easement exceeds the value of any quid pro quo received in exchange. In Seventeen Seventy Sherman Street v. Comm'r, 2014-124, the Tax Court held that the taxpayer’s failure to identify and value all of the quid pro quo received in exchange for the donation of a façade easement was fatal to the deduction. Accordingly, the appraiser may have to value not only the conservation easement, but also the quid pro quo. If the taxpayer is a developer or it appears that the easement was conveyed in exchange for some sort of development approval or variance, the IRS representatives will look for quid pro quo.

Extinguishment. The only way to extinguish a tax-deductible easement is through condemnation or in a judicial proceeding in which it is established that an unexpected change in conditions surrounding the property has made continued use of the property for conservation purposes impossible or impracticable. See Treas. Reg. § 1.170A-14(g)(6); Carpenter v. Comm'r, T.C. Memo. 2013-172. Extinguishments should be very rare. This is important for appraisal purposes because the fact that an easement is intended to restrict the development and use of the property in perpetuity (i.e., until condemnation or a court finds impossibility or impracticality) will affect the value of the easement.

Bargain Sales. Sometimes a land trust or government entity will purchase a conservation easement for its fair market value based on an appraisal commissioned by that entity. The seller, however, may commission its own appraisal indicating that the purchase price was less than fair market value and attempt to claim a deduction for the “donation” component. In such an instance, the purchasing entity should not sign an IRS Form 8283 (in which it would have to represent that a charitable donation has been made), and the entity may be asked to provide the IRS with its appraisal. See, e.g., Headlands Reserve, LLC v. Ctr. for Natural Lands Mgmt., 523 F. Supp. 2d 1113 (C.D. Cal. Nov. 16, 2007).

Timeliness of Appraisal. A qualified appraisal must prepared (i) not earlier than 60 days before the date of the contribution of a conservation easement and (ii) not later than the due date (including extensions) of the return on which a deduction for the easement is first claimed. It is the IRS’s position that the date of the contribution of a conservation easement is the date on which the easement is recorded in the local land use records. Before that time, the easement is not “enforceable in perpetuity.” See Zarlengo v. Comm'r, T.C. Memo. 2014-161. Accordingly, if recordation of an easement is delayed, the appraiser may have to update the appraisal to fall within the 60-day window.

Appraiser’s Handbook. Suggested materials to be included in an appraiser’s “conservation easement handbook” include:

Listed below are links to weblogs that reference IRS on Conservation Easement Appraisals: