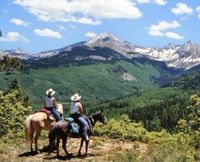 In Mitchell v. Commissioner, T.C. Memo. 2013-204 (Mitchell II), the Tax Court denied the taxpayer’s motion for reconsideration and supplemented its opinion in Mitchell v. Commissioner, 138 T.C. No 16 (2012) (Mitchell I). In Mitchell I, the court sustained the IRS's disallowance of a charitable income tax deduction claimed with regard to a conservation easement donation because the taxpayer failed to satisfy the mortgage subordination requirement of Treasury Regulation § 1.170A-14(g)(2).

To satisfy the "protected in perpetuity" requirement:

(1) the easement must be granted to an “eligible donee” as defined in Treasury Regulation § 1.170A-14(c)(1) (i.e., a qualified organization that has “a commitment to protect the conservation purposes of the donation” and “the resources to enforce the restrictions”),

(2) the easement must prohibit the donee from transferring the easement, whether or not for consideration, except for transfers to other eligible donees that agree to continue to carry out the conservation purposes of the easement as provided in Treasury Regulation § 1.170A-14(c)(2),

(3) the easement must not permit “inconsistent uses” as specified in Treasury Regulation § 1.170A-14(e) (i.e., uses that would injure or destroy significant conservation interests), and

(4) the various “enforceable in perpetuity” requirements of Treasury Regulation § 1.170A-14(g) must be satisfied, namely

Treasury Regulation § 1.170A1-4(g)(2) – the mortgage subordination requirement – provides that, in the case of a contribution made after February 13, 1986, of an interest in property that is subject to a mortgage, no deduction is permitted unless the lender subordinates its rights in the property “to the right of the qualified organization to enforce the conservation purposes of the gift in perpetuity.” In Mitchell I, a partnership of which the taxpayer was a partner donated a conservation easement but did not obtain a subordination agreement from the lender holding an outstanding mortgage on the subject property until two years after the date of the gift. The Tax Court sustained the IRS's disallowance of the taxpayer's claimed deduction for the donation, finding that "the regulation requires that a subordination agreement be in place at the time of the gift.” The court explained that, had the partnership defaulted on the mortgage before the date of the subordination, the lender could have instituted foreclosure proceedings and eliminated the conservation easement. Accordingly, the conservation easement was not protected in perpetuity at the time of the gift as is required by IRC § 170(h).

In Mitchell I the taxpayer argued that the conservation purpose of the easement had been protected in perpetuity at the time of the gift even without a subordination agreement because the probability that the partnership would have defaulted on the mortgage was so remote as to be negligible. The Tax Court rejected that argument, holding that a taxpayer cannot avoid meeting the strict requirement of the subordination regulation by making a showing that the possibility of foreclosure is so remote as to be negligible. The court explained that “[t]he requirements of the subordination regulation are strict requirements that may not be avoided by use of the so-remote-as-to-be-negligible standard” of Treasury Regulation § 1.170A-14(g)(3).

In Mitchell II, the taxpayer argued that the First Circuit’s decision in Kaufman v. Commissioner, 687 F.3d 21 (1st Cir. 2012) (Kaufman III), was an intervening change in the law that required the Tax Court to reconsider its opinion in Mitchell I. The Tax Court disagreed, explaining that not only is Kaufman III not binding in Mitchell, Kaufman III addressed legal issues different from the one present in Mitchell. Kaufman III, explained the court, "addressed the proper interpretation of the proceeds regulation and, in particular, the breadth of the donee organization’s entitlement to proceeds from the sale, exchange, or involuntary conversion of property following the judicial extinguishment of a [conservation easement].” Mitchell, on the other hand, addressed interpretation of the mortgage subordination regulation.

The Tax Court also rejected all three of the taxpayer’s specific arguments in Mitchell II.

Listed below are links to weblogs that reference Mitchell v. Commissioner Revisited – 170(h) Requires Perpetuation of Conservation Easement Itself, Not Just Conservation Purposes: