An announcement today that Lenovo has agreed to acquire the low-power server business of IBM reminds me that CFIUS just relased its Annual Report for 2012.  OK, it's 2014!  But remember, CFIUS is an ad-hoc committee without even a building in DC.  We can give them a break for being a little slow on the reporting side.

The big news from this most recent report is that China is moving on up to the big time.  Previously, the countries with the largest number of CFIUS filings were France and the UK.  Now, they have been replaced by Chinese filings.  Of course, the total number of transactions covered under the CFIUS regime remains small, but as the Lenovo/IBM deal suggests, these deals are in potentially critical technology areas. 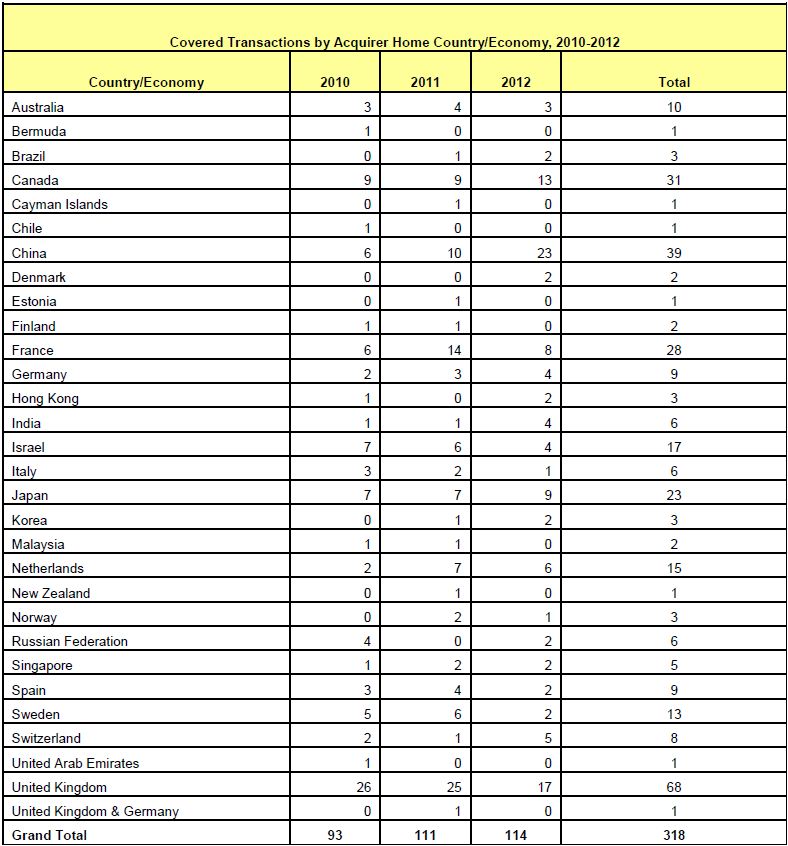 Listed below are links to weblogs that reference CFIUS and China: