TRO Hearing in DE re Hertz

Thanks to Courtroom View, I'm watching the arguments in the challenge to Hertz's acquisition of Dollar.   The Dealbook has helpfully posted a copy of the plaintiff's brief requesting a TRO to hold up the deal.

Things aren't looking all that good for the plaintiffs so far.  Vice Chancellor Strine is interested in hearing about improper motives and the plaintiffs really can't come up with any.  Strine is suggesting that if shareholders let this deal go, they could get nothing - as in Lear.  Apparently, the plaintiffs are relying on the same financial expert as the plaintiffs in Lear did and that didn't end up well for the shareholders.

In any event, Strine has already dropped one Snooki reference. 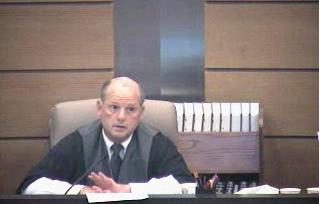 'Counseling services are available for those of you who are shocked by the fact that bankers have relationships with management...'

'It's possible that Dollar shareholders could end up with an Elvis Costello song.'  [ed note: Less than Zero.]

Def Counsel: 'Your Honor, the board of Dollar has lots of experience on other boards, including GM, Chrysler, United Airlines..."

VCS:  "So, you're saying they have lots of experience with bankruptcy."

'I have Austin Power or I have awesome power?'

'Remember the Honeywell deal?  The shareholders of Honeywell are really enjoying the benefits of that deal with GE.  Oh, that's right?  That deal didn't happen.'  [On the importance of a deal actually getting done.]

'You want me to enjoin this deal so that Avis can be told in crayon something that they obviously already know?'

'If Avis can't figure this out, then maybe I don't want to rent a car from them.  They might forget the number of tires on the car or to screw bolts on.'

Plaintiffs seem to be arguing that the board had an obligation under Revlon to reach out to Avis and invite them to make another bid - essentially to generate an auction.  Strine disagrees and reminds him that Revlon is not about a duty to affirmatively reach out to another bidder.  It's about treating fairly someone who has expressed an interest in the target.

Do strategic buyers sign deals with go-shops?  Strine thinks not.  He's generally correct.  They don't.  All this to the question of whether or the lack of a go-shop in the merger agreement was at all nefarious.

I suspect that Strine will deny this motion for an injunction.  Strine has been consistently skeptical of plaintiff's arguments all morning long.  The issue in order to get an injunction is that by letting the Hertz deal move forward, the shareholders are going to be irreparably harmed.  Plaintiffs have been arguing that an injunction would create time for Avis to pursue its bid and that would benefit shareholders.  It's a "why not" argument.  Strine doesn't seem to have bought that argument.  Irreparable harm is not a "why not" argument.

Listed below are links to weblogs that reference TRO Hearing in DE re Hertz: