Douglas Smith on a Shift in the Preemption Landscape

Douglas Smith (Kirkland & Ellis LLP) has posted to SSRN his article, A Shift in the Preemption Landscape?, Tenn. L. Rev. (forthcoming).  Here is the abstract:

The FDA announced its plans to begin regulating E-Cigarettes today.  According to many consumers, the proposed regulations have taken too long already.  For example, a March 23, 2014, New York Times article titled "Selling a Poison by the Barrel: Liquid Nicotine for E-Cigarettes," explained that,

These “e-liquids,” the key ingredients in e-cigarettes, are powerful neurotoxins. Tiny amounts, whether ingested or absorbed through the skin, can cause vomiting and seizures and even be lethal. A teaspoon of even highly diluted e-liquid can kill a small child.

As a USAToday article explains, even "[t]he proposed rules won't ban advertising unless the products make health-related claims nor will they ban the use of flavors such as chocolate or bubble gum, which public health officials say might attract children."  Yet, the lawsuits so far have trended in the opposite direction of what one might expect.  The most widely advertised lawsuits to date are either brought on behalf of smokers challenging New York City's ban on "vaping" e-cigarettes in public places or over e-cigarette patents.

Corporate Counsel has a short piece, Crafting a Defense in Food-Labeling Class Actions, by O'Melveny's Kelsey Larson and Carlos Lazatin.

According to this article from CNN, French authorities have arrested Jean-Claude Mas, the founder of Poly Implant Protheses (PIP), in connection with alleged manslaughter and involuntary harm to a woman who died from cancer and had PIP breast implants.  The article notes that 300,000 women in 65 countries received PIP breast implants, and that questions have been raised about the use of non-medical-grade silicon and PIP went bankrupt in late 2010.

The PIP breast-implants controversy may present an opportunity to observe non-U.S.-style mechanisms for what here would likely have been a mass tort litigation.  Since the PIP breast implants were not permitted to be sold in the U.S., litigation may be concentrated abroad.  In general, my sense is that the European approach is more reliant on criminal law than tort for deterrence, compensatory damages are limited because of the comparatively extensive governmental social insurance, punitive damages are unavailable, and class actions are traditionally not embraced (though class actions appear to be on the rise globally -- see, e.g., the Stanford Global Class Actions Exchange).

Interestingly, according to the article, one French woman who received PIP breast implants said, "Too bad we do not have a justice system like they do in the United States which allows the accumulation of penalties...because the small punishment he will receive for what he did to 300,000 to 400,000 women, is not much compared to what we have suffered because of him."

(H/t to my Mass Tort Litigation student Abigail Anderson for sending me the CNN story.)

Yaz Litigation Likely to Heat Up After FDA Relabeling

Last week the FDA voted 21-5 to revise the labeling on Yaz, Yasmin, Beyaz, Safyral, and its generic versions to clarify the potential risk of blood clots in the legs and lungs from taking the pills.  After debating the conflicting data for more than nine hours, the panelists disagreed on the evidence's quality but agreed that the risks should be clearly stated in the label.  Here's an excerpt from the Huffington Post's report:

"Clearly the wording is inadequate and incomplete," said Dr. Richard Bockman of New York's Hospital for Special Surgery. "Adverse events have to be made graphic so physicians and patients are aware of the consequences."

In an earlier vote, panelists voted 15-11 that the pills remain a beneficial option for preventing pregnancy. The majority ruling amounts to a vote of confidence for keeping the drugs on the market, though well over a third of panelists voted against the drug's overall benefit, citing numerous alternatives available.

"I can see no real group of patients that this drug benefited over existing alternatives," said Mark Woods of New York University School of Medicine. "Without any clear benefit, and given the potentially catastrophic risk, I voted no."

Here's a link to a TIME magazine report and to a recent NY Times piece. 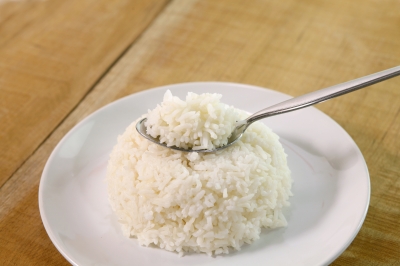 BNA Class Action Litigation Reporter reports that the lawsuits against Bayer Cropscience for the contamination of rice crops with genetically modified rice have settled. The case was In Re: Genetically Modified Rice Litigation, E.D. Mo., No. 4:06-md-1811.

The plaintiffs were denied class certification for predictable reasons. The settlement is equally predictably organized on the Vioxx model: it goes into effect if 85% of the farmers sign on.

For more information on the MDL GMO Rice Litigation see the E.D.Mo. website: http://www.moed.uscourts.gov/node/115. (As for this writing, not updated to reflect the BNA report of settlement).   As the website notes, the GMO rice has since been de regulated by the FDA.

The Albany Law Journal of Science & Technology has published a symposium issue on Regulating the Cure: Topics Arising Out of the Prescription of Drugs Off-Label.  My article, Promotion of Off-Label Drug Use: In Favor of a Regulatory Retreat, 19 Alb. L.J. Sci & Tec. 609 (2009), is included.

The AP has the story here.  While the FDA has made some changes, it has not transferred authority to the Office of Surveillance and Epidemiology.   H/T Torts Prof Blog.

On October 14, 2009, the Washington Legal Foundation hosted a web seminar, Communicating on Off-Label Treatments: Navigating the Treacherous Path Paved by Civil and Criminal Law Enforcement, with speakers Robert Salerno and Adam Hoffinger of Morrison & Foerster.  Streaming video of the event is available online.

The FDA recently sent a warning letter to Bayer, which manufacturers Yaz and Yasmin (both types of birth control pills), that it has quality control problems at its German plant.  The FDA claims that Bayer's testing method averaged out the test results as opposed to reporting results for each batch.  Bayer had the batches shipped to the U.S. between 2007 and 2009.

This news is simply the most recent concern about Yaz.  Litigation is already pending in Pennsylvania in front of Judge Sandra Mazer Moss of the Philadelphia Court of Common Pleas, alleging that the drug causes severe side effects including blood clots, strokes, heart attacks, gallbladder disease, deep vein thrombosis, pulmonary embolisms and even sudden death.  There has been some speculation around the internet that the FDA will recall the drug.  As the U.S. Recall News reports:

"In July 24, 2009, a petition was filed to consolidate the many lawsuits against Bayer over Yaz and Yasmin into a multidistrict litigation (MDL). There is a hearing scheduled for September 24, 2009 to decide whether or not they will be consolidated."

"Andrew Gillin, an attorney handling several California Yaz lawsuits says the litigation is still in the early stages. “A petition has been filed to combine all of the federal lawsuits into a multi-district litigation (MDL) case. Later this month, a panel of federal judges will determine whether the cases involve sufficiently common questions of fact, and whether or not to consolidate,” explained Mr. Gillin."

In his July 14 Forbes column, Vanguard or Rearguard?, Richard Epstein (Chicago & NYU) recounts the history of the FDA, as well as other regulatory frameworks, and concludes that "[r]egulatory failure is, on average, a far greater risk than market failure."

Richard Epstein on Preemption and the Medical Device Safety Act

Richard Epstein (Chicago & NYU) discusses them both in his recent Forbes column.

More from Allison Frankel's short article in Am Law Daily.  Here's the opinion.

Jason C. Miller of University of Michigan has posted to SSRN his Note, When and How to Defer to the FDA: Learning from Michigan's Regulatory Compliance Defense, 15 Mich. Telecomm. & Tech. L. Rev. 565 (2009).  Here's the abstract:

Should FDA approval of a drug affect products liability litigation? This remains one of the most debated questions in the law. Although the Supreme Court recently held that state tort law is not forced to defer to the FDA's finding that a drug is safe through preemption, states remain free to defer to the FDA by providing a regulatory compliance defense in state substantive law. Michigan made exactly such a choice in enacting the only complete defense for FDA-approved drugs. Compliance with FDA regulations conclusively establishes a lack of products liability under Michigan law. With preemption seemingly off the table after Wyeth v. Levine, advocates of greater deference to the FDA may use Michigan as a model for legislation in other states. Much can be learned from examining Michigan's law.

Michigan's regulatory compliance defense properly recognizes that an FDA-approved drug carrying an FDA-approved label should not be considered defective. However, the statute's absolute immunity provides no compensation for injured parties in any circumstance, including situations where the FDA process has failed to protect consumers. This Note examines the question of FDA approval in state tort actions, discusses Michigan's answer to that question, and offers a proposal that would block most private actions against FDA-approved drugs (as Michigan has done), but would allow a state attorney general to bring suits in certain circumstances. The state attorney general model detailed in this Note stakes out a middle ground in the debate over the significance of FDA approval. The proposal recognizes the primacy of the FDA, but also recognizes the need for a back-up that can provide deterrence and compensation in the few cases that slip through the FDA's regulatory cracks.