Bayer and the plaintiffs’ lawyers suing it over its popular weed killer, Roundup, are playing a high-stakes, billion-dollar chess match. Like most corporate defendants in Bayer’s position, it wants lawsuits to end.

First, non-Hodgkin’s lymphoma, the disease several juries linked to Roundup’s active ingredient glyphosate, doesn’t develop overnight. It takes a while, often 10-15 years after exposure. Yanking Roundup off the market today would still leave Bayer with at least another decade of litigation.

Second, Roundup makes Bayer lots of money. Sticking a warning label on it would hurt the company’s bottom line. Why would consumers risk cancer to kill dandelions? 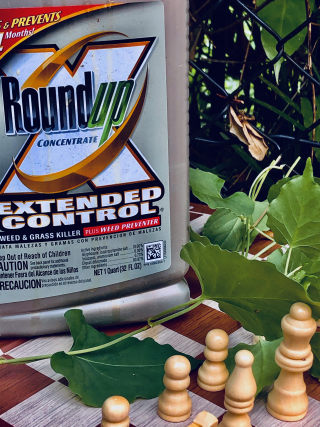 Bayer accurately predicted that the Ninth Circuit (despite a relatively conservative panel) would reject its argument that the Federal Insecticide, Fungicide, and Rodenticide Act, fondly known as FIFRA, preempts claims that it failed to warn weed exterminators about the risks of non-Hodgkin lymphoma. In May, the majority in Hardeman v. Bayer ruled that Mr. Hardeman’s failure-to-warn claim was “equivalent to” and “fully consistent with” FIFRA and thus not preempted under the Supreme Court’s 2005 precedent, Bates v. Dow Agrosciences LLC.

While it awaited the Hardeman decision, Bayer worked to manufacture a circuit split elsewhere that might tempt the Supreme Court to weigh in and reconsider Bates. For that, it tapped Dr. John Carson, a Georgia plaintiff who alleged a type of cancer that science has not linked to Roundup, malignant fibrous histiocytoma. Siding with Bayer, the Southern District of Georgia dismissed Dr. Carson’s failure-to-warn claim because FIFRA preempted it. Bayer won.

But that short-term win undermined its overarching goal. So, Bayer sacrificed by entering into a settlement of sorts with Dr. Carson: for $100,000, he would appeal the dismissal and the preemption ruling. Winning on preemption before the Eleventh Circuit would increase the likelihood of Supreme Court review, at least by a little, despite Bayer’s sly pay-to-appeal scheme.

The possibility of a circuit split and complete preemption serves another purpose, too. It acts like a sword of Damocles endangering plaintiffs who haven’t yet settled, haven’t yet sued, or haven’t yet developed non-Hodgkin lymphoma despite using Roundup. Plaintiffs won all three jury trials to date, notwithstanding a bifurcated trial structure that tends to favor defendants. Compared with the mature asbestos cases that led to the derailed Amchem settlement, the Roundup suits are barely entering grade school. But plaintiffs’ fortunes can turn.

Pressing the slimmest of advantages (after all, the Supreme Court grants certiorari in only around 3.4% of civil cases per year), Bayer teamed up with the same amenable plaintiffs’ counsel whose attempt at certifying a futures class last summer ended in a swirl of controversy and a withdrawn motion. Presenting a second, then a third futures class proposal, they purport to shelter three groups of class members from preemption’s peril: (1) people diagnosed with non-Hodgkin lymphoma after Roundup exposure that haven’t hired lawyers yet; (2) people who have used Roundup but haven’t yet developed non-Hodgkin lymphoma, and (3) all of their spouses, parents, and dependent children—collectively, the “derivative claimants.”

But the preemption refuge and the benefits last a mere four years. And they come at a steep price. In exchange for notice, medical help, and some streamlined compensation, class members must give up punitive damages and medical monitoring claims, as well as bind themselves (with little wiggle room) to a seven-member science panel’s verdict about whether glyphosate can cause non-Hodgkin lymphoma.

After the four-year détente lifts, few plaintiff’s lawyers would litigate Roundup claims in the face of such weighty impediments.

For the gambit to work, the judge must certify the class. But Judge Vince Chhabria is no pawn and he declined to do so. His brief six-page opinion followed a day-long hearing transparently livestreamed in Brady-bunch boxes for a clamoring public to see.

In both the hearing and the opinion, Judge Chhabria challenged the settlement’s upside: Four years of medical monitoring for a disease with a 10-15 year latency period is “far less meaningful than the attorneys suggest.” Those with later diagnoses “will not be able to request compensation from the fund,” he wrote.

As Judge Chhabria pointed out, problems with the proposed futures class abound, including, most centrally, the constitutionality and utility of notice and the hamstrung tort claims. For plaintiffs, the downsides require “major sacrifices,” he explained.

First, on notice, what value does the settlement add that a well-incentivized plaintiffs’ bar lacks? The proposal allocates up to $55 million for settlement administration and notice costs for five months. Yet, over two years ago, the Wall Street Journal reported that plaintiffs’ lawyers spent an estimated $77.8 million to advertise Roundup lawsuits for eight months.

Setting aside the constitutional impossibilities of notifying future spouses and unborn children, what people need is meaningful information at a meaningful time. Noise fills the world. Our bandwidth is limited.

A Roundup user without cancer is far more likely to mindlessly scroll through whatever notices pop up than to engage and investigate. Someone newly diagnosed with non-Hodgkin lymphoma, however, is hungrily Googling for information and answers.

Second, consider what plaintiffs bestow upon Bayer by giving up punitive damages—absolution. But the alleged bad behavior continues. Imagine fining attempted murderers and freeing them to continue their spree. Roundup still lines store shelves and if it does what plaintiffs contend, it will endanger public health for decades to come.

Third, class members must litigate under the umbrella of the science-panel’s findings. “But the reason Bayer wants a science panel so badly is that the company has lost the ‘battle of the experts’ in three trials,” wrote Judge Chhabria.

It is possible that the parties will attempt yet another class settlement geared toward only those Roundup users who have non-Hodgkin lymphoma but no lawyer. Still, what is the upside to the court? Frame it in terms of class superiority: Is certifying a class better than the other ways courts can fairly and efficiently resolve plaintiffs’ claims? Judge Chhabria already faces a scrum of centralized lawsuits. And certifying a class will not end disputes.

There is no neat end game in sight for Bayer or the courts, even as it debuts its five-point plan to reassure stockholders. Remanding cases once common discovery ends and taking up the old saw of trial may sound antiquated in the face of futuristic procedures that promise the next best thing. Yet, it has worked for centuries. Perhaps it’s just that the weeds always seem greener on the other side.