Douglas Smith on a Shift in the Preemption Landscape

Douglas Smith (Kirkland & Ellis LLP) has posted to SSRN his article, A Shift in the Preemption Landscape?, Tenn. L. Rev. (forthcoming).  Here is the abstract:

Five Thoughts on Today's Opioid Hearing on a "Negotiation Class"

Judge Dan Polster entertained a motion to certify a Rule 23(b)(3) negotiation class today in the federal Opiate MDL. Here are a few of my thoughts after listening in.

1. I find myself reluctantly agreeing with the distributor defendants (who objected based on predominance) on the following point: you can’t look to the fact that this might be fair to satisfy predominance under Amchem. This is Richard Nagareda’s point about bootstrapping. And Sonya Winner, who argued on behalf of objecting defendants, raises fair questions about conflicts of interest and notice (e.g., that it may be misleading as to what counties and cities will receive under the allocation formula).

2. The interplay between the state attorneys general and their local governments is a critical component to all of this. Would local government settlements count as an offset in state AG suits? For an interesting take on this general issue, see Roderick Hills, Jr.’s 1998 article.

3. Judge Polster said that defendants have a “justifiable insistence” on global peace. Why? Is that a fair assumption? When we think we know something, we stop paying attention to it and stop questioning it. But moving from what “is” to what “ought to be” can be a fruitful inquiry. We need an argument as to why and whether global resolution is the correct starting point and for that we need far more evidence.

4. Prediction: Judge Polster will certify the negotiation class, perhaps after tweaking it to help alleviate some of the state AGs concerns. He was its most ardent advocate.

5. If (or when) Judge Polster certifies a negotiation class, he shouldn’t appoint Chris Seeger as co-lead class counsel. One need only follow what is happening now in the NFL Concussion case or read about the Propulsid deal to understand my fears – See Mass Tort Deals Chapters 2 and 5. 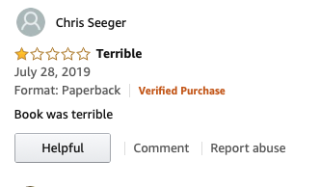