A few months ago, I wondered aloud in this post whether debates over marijuana reform would be a lot different if eating pot was far more common than smoking it. Today I see that the New York Times has this front-page story concerning marijuana edibles under the headline "Snacks Laced With Marijuana Raise Concerns." Here are excerpts:

As marijuana tiptoes further toward the legal mainstream, marijuana-infused snacks have become a booming business, with varieties ranging from chocolate-peppermint Mile High Bars to peanut butter candies infused with hash oil. Retail shops see them as a nonthreatening way into the shallow end of the marijuana pool, ideal for older customers, tourists staying in smoke-free hotels or anyone who wants the effect without the smoke and coughing.

But the popularity of edible marijuana has alarmed parents’ groups, schools and some doctors, who say the highly concentrated snacks are increasingly landing in the hands of teenagers looking for a sweet, discreet high, or of children too young to know the difference between pot brownies and regular ones....

One survey has found a small but growing number of children seeking treatment after accidentally consuming marijuana. Fourteen such children visited the emergency department of Children’s Hospital Colorado in the Denver area from October 2009 through December 2011, researchers reported last year in the journal JAMA Pediatrics. Before 2009, researchers reported no marijuana exposures.

The research took place after an explosion of medical-marijuana shops in Colorado, but before voters passed measures to legalize the sales and use of recreational marijuana to adults 21 and older. Dr. George Sam Wang, an author of the study and a clinical instructor in pediatrics at Children’s Hospital, said he had not seen any additional increases in children’s marijuana exposure since recreational sales began the first of this year.

Marijuana, even if consumed by children in high doses, poses few of the grave dangers of overdosing on alcohol or drinking household chemicals. But doctors said young children who consume marijuana are at risk of falling and hurting themselves or falling asleep in a position where they could not breathe. For the most part, doctors who treated children in the study advised that the children be watched closely as their bodies digested the drug. “There’s no antidote, no medicine that reverses this,” Dr. Wang said.

Compared with the 14 children who were treated after consuming marijuana, the hospital treated 48 children who had swallowed acetaminophen — the active ingredient in Tylenol — and 32 who had accidentally taken antihistamines during the same time period.

Regulators, manufacturers and retailers say they are working intensely to keep marijuana — edible or not — safe and tightly regulated. If they fail, federal authorities have warned they could step in and take action. 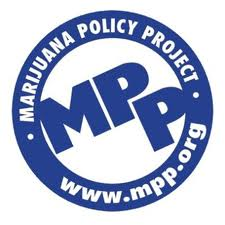 The modern US debate over marijuana law, policy and reform has so many interesting parallels to and echoes from the US experiences with alcohol and its one-time prohibition.  For this reason and others, I found especially interesting this detailed discussion at PolitiFact Florida about a recent advertisement by the Marijuana Policy Project claiming that marijuana is "less toxic" than alcohol. Here are parts of this "fact-check" discussion:

[S]ome health professionals say it’s a matter of picking your poison. "It’s like trying to compare different weapons. Both have the potential to cause harm," said Dr. Scott Teitelbaum, professor and vice chairman of the Department of Psychiatry and chief of the Division of Addiction Medicine, at University of Florida. "I don’t know that there’s a clear answer."

For starters, the term toxic can be vague. Dr. Cynthia Lewis-Younger, medical director of the Florida Poison Information Center in Tampa, said toxic can be "anything that causes harm. It is possible to drink enough water to poison yourself. It’s more related to the dose than anything else."

The Marijuana Policy Project’s claim that marijuana is "less toxic" rankles some health professionals and anti-drug organizations who criticize the inference that using the drug is okay....

In that regard, science and statistics present a strong case: