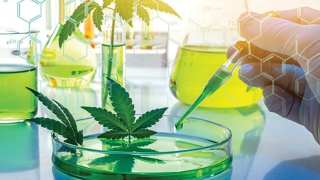 The bill cleared the House in April and the Senate last month, and a White House spokesperson confirmed to Marijuana Moment that the president intended to sign it. On Friday, he did just that.

The law gives the U.S. attorney general 60 days to either approve a given application or request supplemental information from the marijuana research applicant. It also creates a more efficient pathway for researchers who request larger quantities of cannabis....

“For decades, the federal government has stood in the way of science and progress—peddling a misguided and discriminatory approach to cannabis. Today marks a monumental step in remedying our federal cannabis laws,” they said. “The Medical Marijuana and Cannabidiol Research Expansion Act will make it easier to study the impacts and potential of cannabis.”...

In a press release, Schatz said that “the medical community agrees that we need more research to learn about marijuana’s potential health benefits.” “Our new law will remove excessive barriers that make it difficult for researchers to study the effectiveness and safety of marijuana, and hopefully, give patients more treatment options,” he said.

Blumenauer and Harris previously championed a separate cannabis research bill that advanced through their chamber in April. Unlike that legislation, however, the newly approved bill notably does not include a provision that scientists had welcomed that would have allowed researchers to access cannabis from state-legal dispensaries to study.

The research legislation further encourages the Food and Drug Administration (FDA) to develop cannabis-derived medicines. One way it proposes doing so is by allowing accredited medical and osteopathic schools, practitioners, research institutions, and manufacturers with a Schedule I registration to cultivate their own cannabis for research purposes.

The Drug Enforcement Administration (DEA) is now mandated to approve applications to be manufacturers of marijuana-derived, FDA-approved drugs under the bill. Manufacturers will also be allowed to import cannabis materials to facilitate research into the plant’s therapeutic potential.

Another section requires the Department of Health and Human Services (HHS) to look at the health benefits and risks of marijuana as well as policies that are inhibiting research into cannabis that’s grown in legal states and provide recommendations on overcoming those barriers.

The bill further states that it “shall not be a violation of the Controlled Substances Act (CSA) for a State-licensed physician to discuss” the risk and benefits of marijuana and cannabis-derived products with patients.