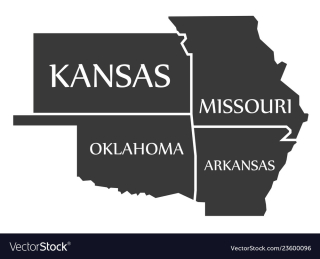 As students in my marijuana seminar know (too) well, I find the modern history of marijuana reform throughout the United States to be a fascinating legal and political story.  And sometimes I view some of the regional variations in these stories to be especially remarkable, and one such recent example comes from the center of our great nation.  Specifically, I am referencing here the notably different outcomes of legal challenges to state ballot legalization initiatives in neighboring Oklahoma and Missouri.  Though these states share a (small) border, they are not sharing the same outcomes in lawsuits challenging efforts to put marijuana legalization before votes, as reported in this Marijuana Moment articles:

An initiative to legalize marijuana in Missouri is officially cleared for ballot placement following a month-long legal back-and-forth between the campaign and prohibitionists.  A lawsuit filed last month sought to keep the Legal Missouri 2022 reform proposal off the ballot after it was certified by the secretary of state.  But after two lower courts dismissed the challenge, the state Supreme Court on Tuesday delivered the final word that the legal battle is over.

"Oklahoma Supreme Court Says Marijuana Legalization Won’t Be On November Ballot, But Will Be Voted On In Future Election"

Oklahoma voters will not get the chance to vote on a marijuana legalization initiative in November, with the state Supreme Court on Wednesday rejecting the campaign’s lawsuit that sought to secure ballot placement this year.  However, justices also dismissed two separate legal challenges to the ballot title, clearing the initiative’s path for a vote during the state’s next general or special election.

Legal battles over initiatives are never unusual, and a range of legal tripwires can often attend efforts to bring ballot measures directly to voters on any topic.  But I surmise that these kinds of challenges to marijuana reform measure have found growing success, perhaps unsurprisingly, as initiative move from bluer to redder states. Judges and other legal actors in bluer states can often seem more welcoming of ballot initiatives in this arena (and we have seen politicians in Maryland and New Jersey place marijuana reform initiatives on the ballot), whereas these actors in redder states sometime seem far more keen to keep voters from having a chance to directly weigh in on these issues.