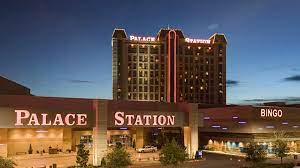 Nearly a decade ago, a fascinating employment law case began working its way through the Colorado state court system following the termination of Brandon Coats by the Dish Network. Coats, who used medical marijuana following a car accident that left him a quadriplegic, claimed that Colorado state law protected him from discharge simply for having tested positive for marijuana since he used the drug only off-duty and lawfully under state law. The case involved sympathetic facts early in the modern marijuana reform era, and the case generated lots of amicus briefs and media attention when it reached the state's Supreme Court. In the end, the Colorado Supreme Court ruled in Coats v. Dish Network, 350 P.3d 849 (Colo. 2015) that "an activity such as medical marijuana use that is unlawful under federal law is not a "lawful" activity under" the applicable state employment law.

I was reminded of Coats and all the attention it generated when I tripped across this morning a very similar ruling handed down late last week by the Nevada Supreme Court.  In Ceballos v. NC Palace, No. 82797 (Nev. Aug 11, 2022) (available here), the underlying facts are a bit different: employee's termination comes after state-lawful recreational marijuana use and the language of the applicable state-law statutory employment protections are a bit different.  But the result is the same, as the start and end of the unanimous ruling reveals:

The interplay between adult recreational marijuana use and employment law, moreover, is one the Legislature has addressed in NRS 678D.510(1)(a) and, to a lesser extent, in NRS 613.132.  Palace Station terminated Ceballos for failing a workplace drug test after engaging in adult recreational marijuana use before his shift.  NRS 678D.510(1)(a) specifically authorizes employers to adopt and enforce workplace policies prohibiting or restricting such use.  If the Legislature meant to require employers to accommodate employees using recreational marijuana outside the workplace but who thereafter test positive at work, it would have done so.  Cf. NRS 678C.850(3) (requiring employers to accommodate the medical needs of employees who use medical marijuana unless certain exceptions exist).  It did not.  It also did not extend the protections afforded by NRS 613.333 and NRS 613.132 to reach the circumstances giving rise to Ceballos's termination.  See supra Section II.A. (discussing the limits the Legislature has set on the protections NRS 613.333 and NRS 613.132 afford).  This court declined to allow the employees in Chavez and Sands Regent to pursue common-law tortious discharge claims to redress the discrimination they alleged, because doing so would intrude on the prerogative of the Legislature, which had enacted statutes addressing the same subject matter.  See Chavez, 118 Nev. at 294, 43 P.3d at 1026; Sands Regent, 105 Nev. at 440, 777 P.2d at 900.  Doing so would be even less appropriate here.