Might litigation be the means to ending blanket federal marijuana prohibition? 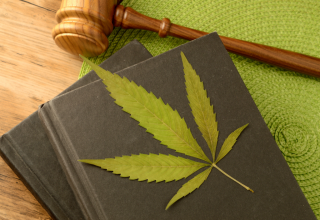 The question in the title of this post is prompted by this recent news, as well covered by Marijuana Moment:

Several leading marijuana businesses and stakeholders are banding together to sue the federal government over what they believe to be unconstitutional policies impeding their operations, according to the CEO of one of the companies.  And, he says, they’ve retained a prominent law firm led by an attorney who has been involved in numerous high-profile federal cases.

There have been various attempts to upend federal prohibition through the court system, but what makes this emerging effort especially notable is that the coalition of multi-state operators (MSOs) in the cannabis industry will apparently be represented by the firm Boies Schiller Flexner LLP.

David Boies, the chairman of the firm, has a long list of prior clients that includes the Justice Department, former Vice President Al Gore and the plaintiffs in a case that led to the invalidation of California’s ban on same-sex marriage, among others.  The prominent firm’s willingness to take on the case from the marijuana industry would be a firm indicator that they see merit to the issue at hand.

Abner Kurtin, founder and CEO of Ascend Wellness Holdings, told Marijuana Moment in a phone interview on Friday that this is an “industry-wide effort,” with at least six major cannabis operators “favorably disposed” to joining the suits — one of which would focus on stopping the federal government from impeding intrastate cannabis commerce and another challenging a tax provision known as 280E that blocks the industry from taking tax deductions that are available to any other company.

Because these suits have not yet been filed, it is too early to predict whether or when they might impact federal policy or politics.  But this posting from Andrew Smith at Harris/Bricken concludes with an effective accounting of why these suits are worth watching:

The lawsuits come at an opportune time, as many federal bills to legalize cannabis use at the federal level are stuck in either the House of Representatives or the Senate (see our recent summaries here and here).  In addition, Kurtin mentioned that the lawsuits will be argued from a perspective of states’ rights, which will likely garner support from both political parties and appeal to the Supreme Court’s conservative majority.

Ultimately, the lawsuits to end cannabis prohibition represent another angle — which avoids the various hurdles of legislative approval — for federal prohibitions on cannabis to be overturned.  Even if the litigation fails, it should exert even more pressure on Congress to Act.  But the potential agreement of a highly regarded constitutional law firm to represent a coalition of major players in the cannabis world signals the potential merits of their claims.