Student presentation: "Prohibition & the U.S. Economy: How Cannabis Legalization Can Help the United States Economy Recover in a Similar Fashion as the 21st Amendment" 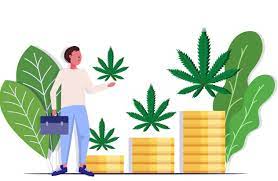 The homestretch of students in my Marijuana Law, Policy & Reform seminar presenting on the research topics of their choice includes a focus on economic development issues. Here is how the student describes the topic and some background readings:

Warning lights are now flashing for the U.S. economy as a potential recession appears on the horizon.  At 8.5%, the U.S. is seeing the highest inflation rate since 1981.  It seems that causes for inflation are plentiful.  COVID-19’s impact on the world’s supply chain, surging demand, production costs, relief funds, the Russian war, and an increase in wages to keep up with worker shortages are all reasons economists point to as inflation catalysts.  Recently, it was reported that Americans need to budget an extra $5,200 this year to cover inflation prices.  But the reality is many Americans simply cannot afford to keep up.  Not everyone’s wages have increased, and many Americans are still left without jobs.  Budgeting extra money when so many Americans live paycheck to paycheck or use government assistance to survive is not feasible nor sustainable.

We saw a similar crisis 100 years ago as well.  From 1920 to 1933, Americans suffered through the Prohibition Era, the Stock Market Crash of 1929, and the Great Depression.  During this time, Americans saw a huge downturn in the economy with hundreds of thousands of people out of the job market.  Many businesses shut down. The U.S. government was spending an absurd amount of money to enforce Prohibition all while financially suffering from the loss of alcohol and excise taxes.  Once Prohibition was repealed, Americans saw a boom in economy.  More jobs and legal alcohol sales meant the government was simultaneously reaping the benefits of increased sales tax revenue and newly created income taxes which helped fund the New Deal and, in turn, further helped restore prosperity to the United States.

In this paper, I argue that cannabis can serve a similar purpose to the U.S. economy now as the repeal of alcohol prohibition did in 1933.  Much like the Prohibition Era, the U.S. government spends an obscene amount of money enforcing cannabis prohibition.  There is also a large opportunity cost in delaying federal legalization.  States that have legalized cannabis recreationally have seen a huge boost in economic growth due to job creation, sales tax revenue, and property values.  These dollars are then used to fund social programs, public schools, research, and public safety.  Federal legalization can do the same on a much larger scale.  The economy is becoming more fragile every day, public perception of cannabis has changed, and various proposed reforms have hit Capitol Hill.  I argue that now, more than ever, is the time to federally legalize cannabis because it could be the saving grace that stimulates the economy in the way Americans need.

Press article from 2020: "Cannabis Legalization Is Key To Economic Recovery, Much Like Ending Alcohol Prohibition Helped Us Out Of The Great Depression"