Student presentation on marijuana reform and the Fourth Amendment 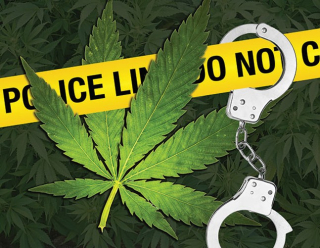 I mentioned previously that a big group of Marijuana Law, Policy & Reform seminar students are scheduled to present this week on the research topics of their choice. The fifth exciting (and excitingly different) topic for this coming week's presentations is to be focused on the Fourth Amendment. Here is how the student describes the topic and some background readings:

The Fourth Amendment protects the right to be free from unreasonable searches and seizures.  Warrantless searches and seizures are per se unreasonable under the Fourth Amendment, but this protection has been watered down over the past 100 years.  The War on Drugs led to significant changes in Fourth Amendment law as police began using more intrusive tactics to enforce drug laws, in particular with a focus on marijuana law enforcement from the 1990s to the present.  Police use tactics such as the Terry stop and frisk, warrantless vehicle searches, and drug sniffing dogs are commonly used to detect even small amounts of marijuana, and as of 2018, 89.6% of marijuana arrests were for possession only.

Giving police officers significantly lead way to decide when a search is appropriate has arguably led to racial profiling and consequently, contributed to the racial disparities we see in marijuana law enforcement today.  From 2001 all the way through 2018, a Black person was almost four times as likely to be arrest for marijuana possession as a white person, despite studies showing these groups use marijuana at substantially equal rates.  Further, a Black person is also more likely to be stopped by police for alleged traffic violations and more likely to be searched during a stop.

ACLU Report: A Tale of Two Countries: Racially Targeted Arrests in the Era of Marijuana Reform (2020)