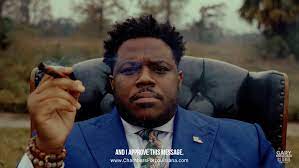 As detailed in this piece, headlined "Fiorello La Guardia Protested Prohibition By Drinking a Beer…In Congress," some notable politicians have taken notable steps to protest foolhardy prohibitions.  Here are the details from a century ago:

Fiorello La Guardia, best known as the mayor of New York City in the 1930s and ’40s, flaunted his illegal drinking by sipping homemade beer in his congressional office in Washington, D.C.

In 1926, La Guardia summoned 20 newspaper reporters and photographers into Room 150 of the House Office Building. With a straight face, he took “near beer” (the low-alcohol beer allowed under the Volstead Act) and mixed it with two-thirds of a bottle of malt tonic. Then he took a sip. He declared the alcoholic beverage legal, according to La Guardia’s New York Times obituary in 1947, and headlines the next day heralded his publicity stunt.

Notably, La Guardia was also not a fan of marijuana prohibition either:

He went on to become one of the most popular mayors in New York City history. As mayor, his activism against congressional policing of substances continued. La Guardia commissioned the La Guardia Committee Report on Marihuana in response to the start of the war on drugs in the late 1930s. In 1944, after five years of study, his report declared several groundbreaking statements:

“The use of marihuana does not lead to morphine or heroin or cocaine addiction and no effort is made to create a market for these narcotics by stimulating the practice of marihuana (sic) smoking. The publicity concerning the catastrophic effects of marihuana smoking in New York City is unfounded. Marihuana is not the determining factor in the commission of major crimes.”

The study was enough to make Harry Anslinger, the first commissioner of the federal Bureau of Narcotics, denounce La Guardia, his study, and his stance on drugs.

La Guardia’s anti-regulatory stance on cannabis wasn’t embraced by the public as much as his stance against Prohibition was. But one day, perhaps the U.S. will look back fondly on La Guardia’s prescience, just like people today look back on his homemade “beer” he drank while in the House of Representatives.

This notable bit of history came to mind when I saw this new ABC News story headlined "Democratic Senate candidate smokes marijuana in new ad highlighting disparity and reform." The ad is very much worth watching in full (so I have it embedded below), and here are the basics from the press piece:

Chambers, who is Black, opens the new ad titled "37 Seconds" by lighting and smoking a joint as a stopwatch clicks in the background.

Chambers, who has never been arrested, ended the ad saying, “Most of the people police are arrested aren't dealers, but rather people with small amounts of pot, just like me.”