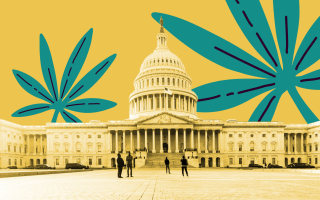 My initial sense is that this bill does not have a great chance of passage anytime soon, but it still ought to be considered a big moment in the broad modern story of marijuana reform.  And it is understandably getting a lot of press.  Here is a sample:

From Insider, "Rep. Nancy Mace says her GOP-led cannabis legalization bill would be 'a real win-win' for bipartisan marijuana reform in the US"