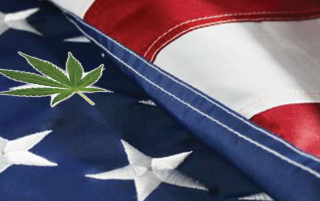 Because the US Department of Veterans Affairs prohibits its doctors to recommend medical marijuana to patients, current federal law essentially puts veterans last, not first, when it comes to access to medical marijuana.  I have regularly blogged about a range of issues relating to veterans and their access to marijuana (many posts on this topic are linked below), and this week brings more discussion of these depressingly evergreen issues:

The recent withdrawal from Afghanistan has exacerbated the demand for more understanding of using cannabis for treatment. Calls to the Veterans Crisis Line, which is operated by the VA, increased by six percent in the weeks immediately following the U.S. withdrawal from Afghanistan, and veterans of America’s longest war use cannabis at the highest rates among veterans to self-medicate their ailments.

Advocates, Hill aides and former VA staff told POLITICO the VA defers on this issue to the Justice Department, which classifies cannabis as a Schedule I drug under the Controlled Substances Act. A Schedule I drug by definition has no medicinal value, which in turn prevents the VA from treating patients with cannabis.

For veterans receiving VA health care, cannabis still occupies a gray area.  Official guidance states that veterans can talk to their VA doctor about their cannabis use without repercussions, but many vets say they fear mentioning it because it is still federally illegal.  VA doctors, meanwhile, still cannot prescribe cannabis or issue medical marijuana cards in any of the 36 states that have legalized medical marijuana.

An average of 18 veterans a day committed suicide in 2018, according to data from the VA....  According to the VA, a number of studies have indicated that both PTSD and battlefield trauma contribute to a higher rate of suicidal ideation — and exposure to suicide, such as a friend or family member, can in turn contribute to PTSD. Many veterans and their advocates point to anecdotal evidence that cannabis successfully reduces the effects of PTSD — as well as insomnia, which can worsen PTSD symptoms — but there is yet no clinical evidence.

From Marijuana Moment, "This Veterans Day, Think About Cannabis And Veterans Healthcare (Op-Ed)." An excerpt:

Medical cannabis use would likely be even more prevalent among veterans if not for the oppositional stance that the Department of Veterans Affairs (VA) has taken. According to national survey data compiled by the Iraq and Afghanistan Veterans of America, 75 percent of respondents “would be interested in using cannabis or cannabinoid products as a treatment option if it were available.” Further, many veterans feel that they have been deterred from seeking medical cannabis due to the VA’s policy of “clinical relevance to patient care,” but “providers are prohibited from completing forms or registering veterans for participation in state-approved [medical cannabis] program[s].”

For those veterans that do acknowledge using medical cannabis, they most often report using it to mitigate their post traumatic stress, anxiety and chronic pain. Some veterans also report using it as a substitute for alcohol or other illicit drugs. Many chronic pain patients who begin using medical cannabis greatly decrease or even eliminate their use of opioids and other prescription drugs.

I feel a genuine and deep debt to anyone and everyone who serves this nation through the armed forces, and I feel strongly that veterans should be able to have safe and legal access to any and every form of medicine that they and their doctors reasonably believe could help them with any ailments or conditions.  Even though there are many issues that divide this nation, I would hope we could all come together to support treating veterans at least as well as other Americans when it comes to access to the medicine of their choice.

Some of many prior related posts: