With New Mexico now officially the latest legalizer of marijuana, which state might be next? 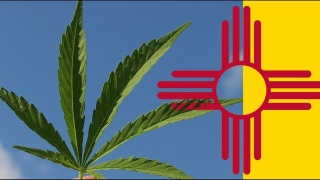 As reported in this new Hill piece, "New Mexico Gov. Michelle Lujan Grisham (D) on Monday signed legislation to legalize the use and sale of recreational marijuana in the state, as well as to expunge the records of people with prior, low-level cannabis convictions." Here is more:

"The legalization of adult-use cannabis paves the way for the creation of a new economic driver in our state with the promise of creating thousands of good paying jobs for years to come,” Lujan Grisham said in a statement.  “We are going to increase consumer safety by creating a bona fide industry.  We’re going to start righting past wrongs of this country’s failed war on drugs.  And we’re going to break new ground in an industry that may well transform New Mexico’s economic future for the better,” Lujan Grisham said.

The governor noted that the sentencing component of the law could impact up to tens of thousands of New Mexicans, and make possible the potential early release of low-level convicted cannabis offenders who are currently incarcerated.

The governor’s signature launches an administrative process that will culminate in the launch of commercial sales for adults no later than April 1, 2022. Issuing licenses to conduct commercial cannabis activity will begin no later than Jan. 1, 2022.

Under the legislation, recreational marijuana sales would initially be taxed at 12 percent, eventually rising to 18 percent.  Medical marijuana would be exempt.  Adults over the age of 21 will be allowed to purchase and possess up to two ounces of cannabis, 16 grams of cannabis concentrates and 800 milligrams of infused edibles.  Home growers will be allowed six plants per person, with a cap of 12 plants per household....

As the end of this article notes, 2021 has already been a banner year for marijuana legalization.  I am inclined to include New Jersey in the list of 2021 legalizing states (though perhaps the state formally came aboard the legalization train in 2020 when voters approved a ballot initiative that the state legislature operationalized in 2021).

With three+ states already legalizing marijuana through traditional legislation, 2021 will go down as a historic year even without any other states (or the federal government) acting in this arena.  But this new Marijuana Moment article, headlined "Four More States Could Still Legalize Marijuana This Year After New Mexico, New York And Virginia," reviews the prospects for additional state action in the coming months in Connecticut, Delaware, Minnesota and Rhode Island.