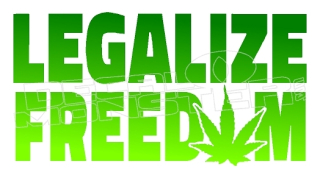 The federal marijauan reform bill that passed through the US House late last year was the "Marijuana Opportunity Reinvestment and Expungement Act" (the MORE Act).  But the marijuana reform bill that Senator Chuck Schumer first introducted in the US Senate in 2018 was called the "Marijuana Freedom and Opportunity Act."  I find the names of these bills particularly notable upon seeing this new Politico interview with now-majority-leader Schumer headlined "Schumer: Senate will act on marijuana legalization with or without Biden."  As highlighted by these excerpts, Senator Schumer seem especially eager to play up the freedom theme in explaining his reasons for supporting reform (my ephasis added):

Schumer: In 2018, I was the first member of the Democratic leadership to come out in support of ending the federal prohibition.  I'm sure you ask, “Well what changed?” Well, my thinking evolved.  When a few of the early states — Oregon and Colorado — wanted to legalize, all the opponents talked about the parade of horribles: Crime would go up.  Drug use would go up.   Everything bad would happen.

The legalization of states worked out remarkably well.  They were a great success.  The parade of horribles never came about, and people got more freedom. And people in those states seem very happy.

I think the American people started speaking with a clear message — more than two to one — that they want the law changed.  When a state like South Dakota votes by referendum to legalize, you know something is out there.

Was there a specific moment or a specific experience that you can point to and say, “This is when I started to see this issue differently?”

A while back — I can't remember the exact year — I was in Denver.  I just started talking to people, not just elected officials, but just average folks.

[They said] it benefited the state, and [didn’t] hurt the state.  There were tax revenues, but people had freedom to do what they wanted to do, as long as they weren't hurting other people.  That's part of what America is about.  And they were exultant in it.

Perhaps because it plays well to my libertarian instincts, I find this focus on "freedom" to be appealing and shrewd as a central part of a pitch for federal marijuana reforms.  I find the freedom focus appealing because I like the general notion that the federal government generally ought not be prohibiting personal freedoms, and especially ought not be using the weighty tools of the federal criminal justice system to advance prohibitions, unless and until we can be generally confident that federal prohibition is doing more good than harm.

Perhaps more importantly, I find the freedom focus shrewd because it lines up with a lot of the smaller-government rhetoric, past and present, often coming from GOP policians and activists.  Whether it is the congressional Freedom Caucus or opposition to gun control or COVID rules or a host of other issues, there are lots of Republican who loudly claim to be ever eager to shrink the size and power of the federal government in order to increase the freedom of individuals (and/or states and localities). Against this political backdrop, I think Senator Schumer is already trying to position any vote against federal marijuana reform as a vote against freedom.