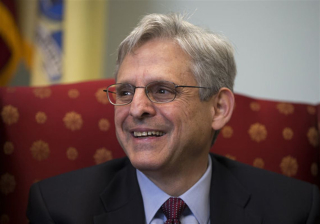 President Joe Biden’s nominee to serve as U.S. attorney general has reiterated in written testimony to multiple senators that he does not feel the Department of Justice should be using its resources to prosecute people who are acting in compliance with state marijuana laws....

“I do not think it the best use of the Department’s limited resources to pursue prosecutions of those who are complying with the laws in states that have legalized and are effectively regulating marijuana,” he said in response to a question from Ranking Member Chuck Grassley (R-IA) about how he would navigate the federal-state marijuana policy conflict. “I do think we need to be sure, for example, that there are no end runs around the state laws by criminal enterprises, and that access is prohibited to minors.”

That view is consistent with policies put into place under Obama — known as the Cole memorandum — and then rescinded by President Donald Trump’s first attorney general, Jeff Sessions.

Pressed on whether he generally supports efforts to decriminalize or legalize cannabis, the attorney general nominee didn’t give a specific answer but gave an answer focused solely on the harms of current punitive policies.

“Criminalizing the use of marijuana has contributed to mass incarceration and racial disparities in our criminal justice system,” he wrote, “and has made it difficult for millions of Americans to find employment due to criminal records for nonviolent offenses.”...

But while Garland’s responses reflect a friendly attitude toward cannabis policy as far as advocates are concerned, he did say in response to a question from Sen. Ted Cruz (R-TX) about prosecutorial discretion that “the Executive Branch cannot simply decide, based on a policy disagreement, that it will not enforce a law at all.”

Another Grassley question noted Biden’s ongoing opposition to federal legalization and support for decriminalizing cannabis possession and expunging prior marijuana records. He asked whether Garland sees “any contradictions” in that policy stance.

“As I testified at my hearing, it is important to focus our attention on violent crimes and other crimes that greatly endanger our society, and prosecutions for simple marijuana possession are not an effective use of limited resources,” the judge replied. “As I testified, we have seen disparate treatment in these prosecutions that has had a harmful impact on people and communities of color, including stymied employment opportunities and social and economic instability.”