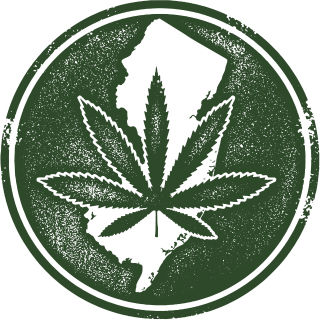 As reported in this local article, "New Jersey on Monday officially became the 13th state to legalize marijuana, as Gov. Phil Murphy signed into law three bills putting into effect a ballot question overwhelmingly supported by voters last year." Here is more about a big deal long in development that finally became a reality:

New Jersey the first state in the Northeast or Mid-Atlantic to eschew decades of arrests in favor of a program that would stop tens of thousands of arrests per year and kickstart a brand new cannabis industry that could be an economic boom for the state and region.  Currently, the only other states on the East Coast to legalize weed are Maine, Vermont and Massachusetts.

"New Jersey's broken, indefensible marijuana laws — which permanently stained the records of many residents and short-circuited their futures, disproportionately hurt communities of color and failed the meaning of justice at every level, social or otherwise — are no more," Murphy said in a press conference.  "In their place are laws that will usher in a new industry, based on equity, which will reinvest dollars into communities — laws which promote both public health by promoting safe cannabis products and public safety by allowing law enforcement to focus their resources on serious crimes.  And yes, we are fulfilling the will of the voters by allowing adult use cannabis, while having in place common sense measures to deter its use among kids," Murphy added.

The laws signed Monday allow the possession and use of marijuana by anyone over 21 years old within the state of New Jersey, who can have up to 6 ounces of weed on them without facing any penalty.  The laws also allow the purchase and sale of legal weed at state-licensed dispensaries, though it could be well over a year before recreational sales even began.

Some marijuana offenses will remain criminal, including drug distribution and growing cannabis plants without a license.  New Jersey is the only state with legal weed that doesn't allow at least its medical marijuana patients to grow, and joins Washington as the only states without some recreational home grow.  "We're going to go with the bills I just signed.  We'll leave it at that," Murphy said, deflecting a question about home grow.  "I appreciate the folks who have reached out on that front, but we're going to go with what we've got."...

The bill signings on Monday morning capped off three months of legislative debate over the rules and regulations for legal weed, most recently a weeks-long stalemate over penalties for marijuana users under the age of 21.  More than two-thirds of New Jersey voters backed a marijuana ballot question in November, but the constitutional amendment put forth by the referendum could not take effect until such rules and regulations were in place.

In New Jersey, the campaign to legalize marijuana was largely pursued as a social justice-driven mission.  The “vote yes” campaign, NJ CAN 2020, was led by officials from the American Civil Liberties Union of New Jersey, who ran digital advertisements — live events were dismissed due to the raging COVID-19 pandemic — educating voters on the negative effects of a simple low-level marijuana possession arrest and the millions in tax dollars spent on prosecuting such cases....

According to crime data from the FBI, New Jersey police departments made over 33,000 arrests for marijuana in 2017, the 9th highest marijuana arrest rate per capita in the country, according to the ACLU.  And in New Jersey, Black people were 3.5 times more likely to be arrested for marijuana possession than white people, despite similar usage rates among races, the ACLU said.

“The failed War on Drugs has systematically targeted people of color and the poor, disproportionately impacting Black and brown communities and hurting families in New Jersey and across our nation," U.S. Sen. Cory Booker, D-New Jersey, said in a statement. "Today is a historic day."

Even Murphy, in his 2017 gubernatorial campaign, ran on a platform that included legalizing marijuana under a banner of social justice.  But advocates feared that such a mission had been lost in the shuffle since Election Day, as Murphy and legislative leaders negotiated the enabling legislation required to put the ballot question into action.

The ballot question’s constitutional amendment, for example, simply stated that the drug would be taxed at the state sales tax rate, currently 6.625%, to provide revenue for the state budget and defray the costs of police departments training officers to detect drugged drivers.

But advocates said that such a plan completely left out the largely Black communities where marijuana laws had been disproportionately enforced for decades.  The result was a unique two-tax structure that would send about 60% of tax revenue and 100% of revenue from a new “social justice user fee” to one of 20 “impact zones,” as decided by the Cannabis Regulatory Commission, the authority which will oversee not just legal weed for recreational use but the state’s growing medical marijuana program....

On Monday, lawmakers finally ended a six-week stalemate over how the state will penalize underage marijuana users, sending Murphy a “clean-up” bill designed to complement the pair already passed by the Legislature in December.  Those bills left open a major contradiction, with one stating that possessing marijuana under 21 years old was illegal while the other stated that no person — without age restriction — could face penalty for possession of up to 6 ounces of marijuana.

The resulting compromise, which passed the Legislature on Monday morning, put into place a three-tiered warning system for both underage marijuana and alcohol use. Both will be treated as virtually the same crime, with the most serious penalty capped at a simple referral to community service groups to teach the offender about substance abuse.  All civil penalties and fines, even from underage drinking citations, were removed.

Thanks for your article and information.Medical cannabis, or medical marijuana, can refer to the use of cannabis and its cannabinoids to treat disease or improve symptoms; however, there is no single agreed-upon definition

This website is very nice and helpful. You can purchase all the services you need at this website very easily and it will not be a true lie.

CBD creams and topicals are designed to be absorbed into the skin. It’s a good option for anyone that doesn’t like the taste of CBD.