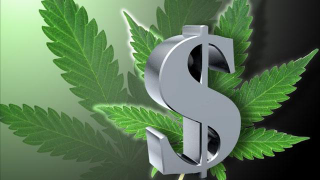 As reported in this new Marijuana Moment article, the MORE Act "passed in a historic vote last week by the U.S. House of Representatives would generate about $13.7 billion in net revenue for the U.S. treasury over the next decade, according to a new report by the Congressional Budget Office (CBO)." Here is more:

Most of the new funds — roughly $8 billion — would come from business taxes on the legal marijuana industry, such as income and payroll taxes. A separate excise tax, initially based on the price of cannabis products, is estimated to yield another $5.7 billion.

“CBO and the staff of the Joint Committee on Taxation estimate that H.R. 3884 would increase revenues, on net, by about $13.7 billion over the 2021-2030 period,” says the nonpartisan report, published Friday....

Legalization would also bring additional government costs, the CBO report says, though all spending would be entirely offset by new revenue. The expected reduction in the federal prison population, for example, would lead to an estimated $636 million in new spending on federal benefits programs, such as Medicare and Medicaid.

“Federal prisoners generally are not eligible for these benefits,” says the report. “By reducing the prison population, CBO estimates, H.R. 3884 would increase the number of federal beneficiaries, compared with current law, and thus increase direct spending for federal benefit programs.”

The $5.7 billion in expected revenue from the marijuana excise tax, meanwhile, would go into the so-called Opportunity Trust Fund. From that, an estimated $3 billion would be spent by the Department of Justice over the 10-year period to provide job training, legal aid and other services to disproportionately impacted communities. The remaining $2.7 billion would go to the Small Business Administration to be used on state and local grants to cannabis-related small businesses that help develop licensing rules.

It wasn’t immediately clear whether the CBO report analyzed the bill as originally introduced last year or included the impacts of new changes made to the legislation last week that would adjust cannabis excise taxes as the market matures. Under the amendment, the excise tax would initially start at 5 percent of a product’s cost, then increase over time to 8 percent and later shift to a weight-based tax.

The new CBO report was a long time coming. The office is supposed to assess the financial impact of most bills that advance out of congressional committees, but it’s been more than a year since the MORE Act won approval from the House Judiciary Committee....

While the MORE Act faces an uphill battle in the Senate — some have called the issue a nonstarter unless Democrats gain control of the chamber — legalization proponents have nevertheless cheered the bill’s House passage as a major milestone.

Delivery is private and secure. Yes, you can buy real marijuana with direct mail order and fast delivery to your home. We offer shipping and tracking with all orders. Tracking information is given IMMEDIATELY when orders are shipped.
Quick Reliable Shipping https://www.leafcuremed.com legit online dispensary shipping worldwide,
We ship directly to your door! Quality medical-grade marijuana! With the price of gas nowadays, we can save you money. We also offer discounts for customers with a medical condition and prescription.