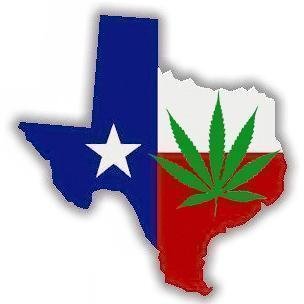 Long-time readers know that my focus on marijuana reform began with, and is still situated deeply within, my eagerness for criminal justice reforms.   And though I remain concerned that the marijuana reform movement and broader debate still fails give enough attention to criminal justice issues, I always like seeing new stories of how the movement can have criminal justice reform success even in unexpected ways.  One such story can be found in Texas, as reported here by Kyle Jaeger at Marijuana Moment under the headline "Marijuana Possession Arrests Plummet In Texas After Hemp Legalization, New State Data Shows." Here are details:

Marijuana possession arrests fell almost 30 percent in Texas from 2018 to 2019, new state data shows, and that trend seems connected to the legalization of the plant’s non-intoxicating cousin hemp.

While marijuana remains illegal in Texas, the policy change around hemp in mid-2019 created complications for law enforcement since the two forms of the cannabis crop are often indistinguishable to the naked eye. Police have said that, because of this, they can’t consistently charge people without conducting lab analyses of seized cannabis for THC content.

According to data released last week by the Texas Department of Public Safety (DPS), that appears to have led to a significant decline in marijuana arrests.   In 2018, there were about 63,000 marijuana [arrests in total] in the state [data here] — and that went down to just over 45,000 arrests in 2019 [data here].

Prosecutors have dismissed hundreds of low-level cannabis cases since hemp was legalized. And state officials announced in February that labs wouldn’t be performing testing in misdemeanor cases, with DPS saying it “will not have the capacity to accept those.” Cannabis manufacturing arrests also dropped significantly since hemp’s legalization — from about 2,700 in 2018 to about 1,900 in 2019.

Municipalities across the state have jumped at the chance to push through local cannabis reforms in recent months. The El Paso City Council approved a measure in May that encourages police to issue citations for low-level marijuana cases instead of making arrests.  In January, the Austin City Council approved a resolution aimed at ending arrests for simple cannabis possession. The city’s police department said in July that they “will no longer cite or arrest individuals with sufficient identification for Class A or Class B misdemeanor ‘possession of marijuana’ offenses, unless there is an immediate threat to a person’s safety or doing so as part of the investigation of a high priority, felony-level narcotics case or the investigation of a violent felony.”

A cite-and-release program in San Antonio led to a 35 percent reduction in the number of arrests for small amounts of marijuana, according to data released by the local police department....

Last year, the House voted to approve a decriminalization bill that would’ve made possession of one ounce or less of cannabis punishable by a $500 fine and no jail time, but it filed to advance to a Senate floor vote by the end of the session.

I am not sure the significant reduction in arrests for marijuana possession in Texas in 2019 can or should be wholly or even mostly attributed to hemp reform, but hemp reform was likely one of a number of factors that played an important contributing role.  And, as I have highlighted in some prior posts here and here, it will be fascinating to follow 2020 arrest data to see how the health challenges of COVID and the moral challenge of calls for racial justice might be impacting marijuana prohibition's continued enforcement in Texas and nationwide.

But, to make sure an important reality is not lost, we ought not lose sight of the fact that even at reduced arrest rates in 2019, on average well over 100 people were being arrested every single day in Texas for merely possessing marijuana.  (And, as we see everywhere, blacks were greatly over-represented among those arrested: though only about 12% of the Texas population is black, over 30% of those arrested for possessing marijuana in Texas in 2019 were black.)