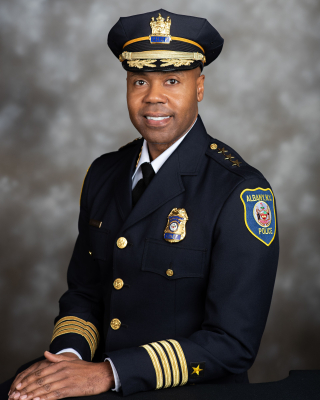 A couple of years ago, I noted in this post a local press piece from Minneapolis reporting on low-level marijuana stings being stopped after an extreme racial disparity was revealed ("46 of 47 arrested were black").   I thought this story was notable not only because of the extreme disparity in arrests, but also because this took place in a northern city and one in which the new police chief was African-American.

Of course, two years later, Minneapolis is a key location for the intersection of policing and racial justice due to the needless killing of George Floyd.  But this lengthy local story from another northern city headed by an African-American police chief highlights that stark racial disparity in marijuana enforcement is still often the norm, not the exception  The piece is headlined "In Albany, marijuana arrests fall almost entirely on Black residents," and here are excerpts:

Last year, New York Civil Liberties Union lawyers released a report that showed police in Albany County overwhelmingly arrested minorities for low-level marijuana violations.  At the time, police insisted they did not target minorities and Albany Police Chief Eric Hawkins vowed to examine what was behind the disparity in his city.

But a year later, a Times Union review of Albany police data from July 9, 2019, to July 9, 2020, shows little has changed. The city's police department made arrests or wrote tickets for marijuana-related offenses 134 times, ranging from violation-level tickets to felony-level possession arrests.  According to the department’s data, 97 percent of the time, those arrested or ticketed were Black.  Only four white people were charged with marijuana offenses during the time period despite nationwide evidence that shows Black and white people use marijuana at roughly the same rate.

Hawkins said violent-crime and quality-of-life investigations drive many of the arrests, but his vow to conduct an in-depth investigation of the matter was sidetracked by the department's need to focus on matters connected to the coronavirus pandemic.

The arrests are happening nearly two years after District Attorney David Soares said he would no longer prosecute minor marijuana arrests when it is the only charge a defendant faces.  The data shows that the majority of the arrests were for low-level offenses, either violations or low-level misdemeanors.  Seventy six of the 134 incidents were for unlawful possession of marijuana, a violation.  Twenty-five arrests were for felony amounts of marijuana, which is at least 8 ounces of the drug.

Debora Brown-Johnson, president of the Albany NAACP branch, said the organization had a conversation with the police department about its approach to marijuana cases after the NYCLU study was released last year.  Last week, she said the organization remains concerned and the issue is something Mayor Kathy Sheehan needed to address. “Questions still exist, what’s going on here, is this a targeted group?” she said....

In an interview, Hawkins said a more in-depth examination of the department’s marijuana enforcement had been delayed while the city confronts difficulties with the pandemic but he defended the way his officers enforced the laws around marijuana possession.  Hawkins said all of the felony-level arrests and many of the other citations were connected with police investigations into violent crime or “major” quality-of-life issues related to drug use and sales.  “It’s always concerning when you see that all of the arrests were black males,” said Hawkins, who is Black. “It’s not surprising to me that when we’re concentrating on addressing violent crime … we’re going to pull in some marijuana-related issues.”

In recent months, violence in the city has spiked but there has been no corresponding rise in marijuana arrests.  Since June 13, the department has written one marijuana citation, for a violation-level offense on July 26.  From the department’s data it is difficult to make connections between specific arrests and investigation into major crimes or shootings.  Of the 134 arrests and citations, 117 are related to calls for a crime in progress, according to the data, but the statistics give no indication of what crimes were being committed or investigated.

Hawkins said the areas with more marijuana citations are locations where police are receiving more calls for service, such as West Hill, Arbor Hill and the South End. According to patrol-zone-level data, 30 percent of the marijuana citations and arrests happened in the area bordered by Central Avenue, Judson Avenue and Lark Street, which includes parts of Arbor Hill and West Hill.  It is unclear if the tickets result in any meaningful prosecutions.  Last summer the state decriminalized the possession of less than 2 ounces of marijuana. The maximum penalty is $50 for possessing less than 1 ounce of pot and a maximum of $200 for between 1 and 2 ounces.

After Soares' office said it would no longer prosecute cases where the sole charge was possessing less than 2 ounces of marijuana, the Sheriff’s Department said it would stop writing possession tickets.  The city police department, however, decided to continue to make those arrests.  The department has had conversations about how to handle low-level possession tickets and Hawkins said officers were not out on patrol looking for minor marijuana crimes.  “We’re not stopping young men in the community and writing them minor possession of marijuana tickets, it’s just not happening,” he said. “I’m not seeing that these young men are being targeted but it’s concerning to me that that they are the ones who are impacted by this.”

Though the stark racial disparity in the Albany data on marijuana enforcement is what rightly generates headlines here, the story is also a revealing account for how marijuana enforcement ends up embedded in and connected to other aspects of policing even when states and localities have made significant decriminalization efforts.