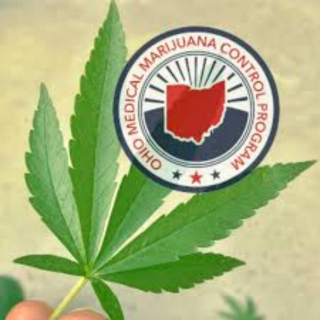 The Dayton Daily News has this interesting new piece on Ohio's medical marijuana program under the headline "$133M of medical pot sold in 1st year as pandemic legitimized industry."  Here are excerpts:

The coronavirus pandemic has wreaked havoc on the state’s economy, but those in the medical marijuana industry say the virus legitimized the fledgling program in Ohio. The medical marijuana program, which is run by the Ohio Board of Pharmacy and the Commerce Department, was fully functional in April 2019. Sales have significantly increased over the past year.

As of June 14, the most recent data available, a total of $133.9 million and 16,225 pounds of medical marijuana product has been sold since the program started.

The state has collected about $3.8 million in sales tax on the medical marijuana program from July 2019 to March 2020, according to the Ohio Department of Taxation. The state of Ohio’s fiscal year runs from July 1 to June 30.Permissive sales tax collected statewide in that time was $942,673, the Department of Taxation said. Permissive sales tax is collected by local entities, like the county and regional transit authority. The state wouldn’t release county-by-county sales tax data. Larry Pegram is the president of Pure Ohio Wellness.... Dispensaries were deemed essential during the statewide coronavirus shut down issued in March and lasting through May. That was huge for the medical marijuana industry, Pegram said.“That legitimized the whole program,” Pegram said. “This has become more acceptable, people are now seeing it more as an alternative medicine. ”Medical marijuana sales have increased every month the dispensaries have been open, Pegram said. There are now 51 dispensaries operating in Ohio. Six more dispensaries have provisional licenses and are working toward opening in the state.

When the pandemic first started, Pegram said people rushed to get product. But when dispensaries were deemed essential, sales settled down a bit. “It was scary at first, I think for everyone,” Pegram said. “But we realized we needed to stay open for our patients. For some of them, we are their lifeline.”...

Licensed dispensaries reported about 81,200 unique patients who purchased medical marijuana as of May 31, according to the Ohio Automated Rx Reporting System. In May 2019, about 20,000 unique patients purchased medical marijuana.Ohioans can get a doctor’s order to use medical marijuana if they have one of the qualifying conditions, including chronic pain, Alzheimer’s, cancer, epilepsy, fibromyalgia or HIV/AIDS.Gould said he believes the Ohio Medical Board should add anxiety, autism and opioid withdrawl to the approved list of conditions.