"County-Level Differences in Support for Recreational Cannabis on the Ballot" 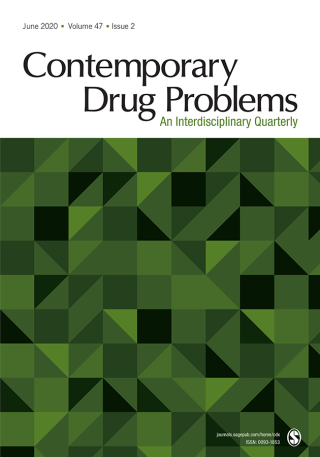 The title of this post is the title of this notable new paper in the journal Contemporary Drug Problems authored by Lindsey Beltz, Clayton Mosher and Jennifer Schwartz.  Here is its abstract:

Cannabis is traversing an extraordinary journey from an illicit substance to a legal one, due in part to an unprecedented wave of bottom-up law reform through successful citizen ballot initiatives.  Yet, even in states that have legalized recreational cannabis, there is substantial geographic variability in support of cannabis legalization. Geographic variability in voter support for cannabis legalization is impactful (e.g., county moratoriums/bans) yet poorly understood.

This paper demonstrates the consequences of county-level population demographics, sociopolitical factors, and community differences in experience with criminalization of cannabis possession for understanding county-level variation in support of recreational cannabis law reform on (un)successful ballot measures in California (2010), Colorado (2012), Washington (2012), and Oregon (2014).

OLS regression analyses of nearly 200 counties indicate that differences in racial and ethnic composition (% Black, Hispanic), political affiliation (% Republican), past criminalization, gender composition, and higher education level of residents all predict county-level variation in support for liberalization of cannabis law.  Stronger Republican political leanings and/or higher percentages of Black or Hispanic residents were associated with reduced support, whereas higher education, male sex composition, and greater past criminalization were associated with increased support for cannabis legalization across counties. Religiosity and rurality were inconsequential as predictors of county-level voting patterns favoring recreational cannabis.  The substantial geographic variability in voter support for cannabis legalization has significant implications for policy implementation and effectiveness.