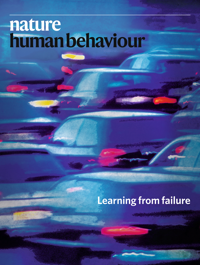 The events of the last week with its focus on police practices make all the more notably this already notable recent study, titled " A large-scale analysis of racial disparities in police stops across the United States," published by the journal Nature Human Behavior.   Here is the article's abstract, with one line highlighted:

We assessed racial disparities in policing in the United States by compiling and analysing a dataset detailing nearly 100 million traffic stops conducted across the country. We found that black drivers were less likely to be stopped after sunset, when a ‘veil of darkness’ masks one’s race, suggesting bias in stop decisions.  Furthermore, by examining the rate at which stopped drivers were searched and the likelihood that searches turned up contraband, we found evidence that the bar for searching black and Hispanic drivers was lower than that for searching white drivers.  Finally, we found that legalization of recreational marijuana reduced the number of searches of white, black and Hispanic drivers — but the bar for searching black and Hispanic drivers was still lower than that for white drivers post-legalization.  Our results indicate that police stops and search decisions suffer from persistent racial bias and point to the value of policy interventions to mitigate these disparities.

Here is more from the text of the article in the section titled "The effects of legalization of marijuana on stop outcomes":

In line with expectations, we find that the proportion of stops [in Colorado and Washington] that resulted in either a drug-related infraction or misdemeanour fell substantially in both states after marijuana was legalized at the end of 2012....

[Also] we found that after the legalization of marijuana the number of searches fell substantially in Colorado and Washington (Fig. 4), ostensibly because the policy change removed a common reason for conducting searches.

Because black and Hispanic drivers were more likely to be searched before legalization, the policy change reduced the absolute gap in search rates between race groups; however, the relative gap persisted, with black and Hispanic drivers still more likely to be searched than white drivers post-legalization.  We further note that marijuana legalization had secondary impacts for law-abiding drivers, because fewer searches overall also meant fewer searches of those without contraband.  In the year after legalization in Colorado and Washington, about one-third fewer drivers were searched with no contraband found than in the year before legalization.

As further evidence that the observed drop in search rates in Colorado and Washington was due to marijuana legalization, we note that in the 12 states where marijuana was not legalized — and for which we have the necessary data — search rates did not exhibit sharp drops at the end of 2012 (Fig. 5).

Despite the legalization of marijuana decreasing search rates across race groups, Fig. 4 shows that the relative disparity between whites and minorities remained.  We applied the threshold test to assess the extent to which this disparity in search rates may reflect bias.  Examining the inferred thresholds (shown in Supplementary Fig. 3), we found that white drivers faced consistently higher search thresholds than minority drivers, both before and after marijuana legalization.  The data thus suggest that, although overall search rates dropped in Washington and Colorado, black and Hispanic drivers still faced discrimination in search decisions.