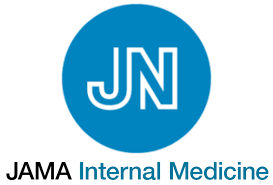 The JAMA Internal Medicine journal has this week published online notable new original research and commentary on roadway fatalities in some states that have legalized marijuana use by all adults (called RCL in the works).  Here is the main piece and its main results and conclusions from its abstract:

"Association of Recreational Cannabis Laws in Colorado and Washington State With Changes in Traffic Fatalities, 2005-2017":

This study found evidence of an increase in traffic fatalities after the implementation of RCLs in Colorado but not in Washington State.  Differences in how RCLs were implemented (eg, density of recreational cannabis stores), out-of-state cannabis tourism, and local factors may explain the different results.  These findings highlight the importance of RCLs as a factor that may increase traffic fatalities and call for the identification of policies and enforcement strategies that can help prevent unintended consequences of cannabis legalization.

And here are two follow-up pieces published with this main piece:

RCLs must not be taken for granted. https://ezweedonline.org/