Is anyone closely tracking state or national marijuana arrest data during this coronavirus era? 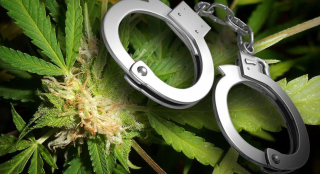 Though I have been thinking about the question in the title of this post for a few weeks now, this new Marijuana Moment article finally got me to work on this post.   The piece is titled "Thousands Of Constituents Urge Governors To Deprioritize Marijuana Enforcement Amid Coronavirus," and here are excerpts:

The marijuana reform group NORML is leading an effort to encourage states to deprioritize the enforcement of cannabis criminalization amid the coronavirus pandemic.  So far, more than 4,000 constituents across the country have participated in the organization’s action campaign launched on Wednesday by sending messages to their governors, urging them to take steps to minimize the spread of the virus by avoiding unnecessary marijuana arrests.

NORML created customized email blasts to supporters in all 39 states that have yet to legalize marijuana for adult use.  Each one contains a link to a suggested prewritten letter asking the governor to abide by the group’s public health recommendations during the COVID-19 outbreak.

Though I am unaware of any proclamations that formally call for police and prosecutors to deprioritize marijuana enforcement, it is my sense that functionally a lot of police and other law enforcement are deprioritizing all sorts of low-level criminal enforcement. For example, this local article on plummeting arrest rates notes:

In some places, police leaders have been frank about ordering officers to cease arresting for low-level crimes. In some places, prosecutors are refusing to pursue such cases. For example, Philadelphia police have been ordered to avoid arrests for crimes like drug offenses and burglaries. Instead, they are issuing warrants to be processed once the health crisis abates, according to reporting by the Associated Press.

Similarly, consider this local piece from Indiana: "The sheriff’s office is making fewer arrests to combat the spread of disease, [Jay County Sheriff] Ford said. For those charged with most non-violent misdemeanors and drug-related Level 6 felonies, court summons are being issued instead of them being arrested."  And this piece from Austin, Texas with some more specifics: "Austin posted the fewest number of arrests in the month of March for at least four years....  Some of the largest declines include a 75% drop in traffic warrant arrests, to 33 arrests this March from 132 arrests in March 2019.  A similar drop was also seen in the number of those arrested and charged with possession of marijuana."

I am not knocking NORML for seeking a  formal call for police and prosecutors to deprioritize marijuana enforcement, but I am really interest in seeing whatever data might be available concerning just how much enforcement is currently afoot.  My guess is relatively little, though still arguably a lot more than is healthy or just during these weird and uncertain times.

Eventually, but likely at least a few years from now, we will get official FBI arrest data for 2020 and we will all surely see a wide array of notable "COVID" craters.  I sure hope someone might be collecting and assessing the marijuana arrest data a lot sooner.