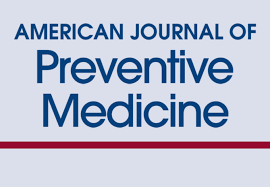 The objective of this study is to assess the changes in rates of juvenile cannabis criminal allegations and racial disparities in Oregon after legalization of cannabis (July 2015) for adults.

This study included all allegations for cannabis-related offenses that occurred from January 2012 to September 2018 in Oregon.  Negative binomial regression models were used to examine monthly cannabis allegation rates over time, and tested differences between youth of color and white youth, adjusting for age, gender, and month the allegation occurred.  Analysis was conducted in January–March 2019.

The paper cites to this notable similar work published last year in JAMA Pediatrics titled "Youth and Adult Arrests for Cannabis Possession After Decriminalization and Legalization of Cannabis."  That study, looking at arrest data through 2016, found that "arrest rates of youths significantly decreased in states that decriminalized cannabis possession for everyone but did not decrease in states that legalized adult use."

Importantly, these studies are looking at arrest data only to and through a few years after state marijuana reforms.  I know Colorado experiences an interesting spike in juvenile marijuana arrests the year right after dispensaries opened, but then there was a notable decline in arrests thereafter.  These are important numbers, but I think we really need to keep examining them over a greater time period before  reaching any firm conclusions about enforcement patterns.

For us non-lawyers, what is an "allegation" in this context?