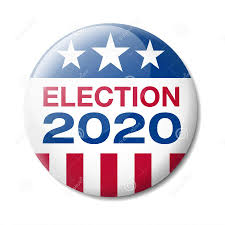 The title of this post is the headline of this new Forbes piece by Tom Angell highlighting one way that the COVID-19 crisis seems certain to slow the drug law reform momentum heading into November.  Here are the details:

Marijuana and drug policy reform advocates came into 2020 believing it would be a big — and perhaps unprecedented — year for legalization and decriminalization measures on state ballots. From California to Missouri to Oregon, they had high hopes for placing far-reaching initiatives before voters in November.

But many of those efforts have been severely impeded by the coronavirus pandemic, which has made mass signature gathering to qualify ballot measures all but impossible as public health and government officials have urged social distancing measures.

Here’s a look at the growing list of ballot initiatives on cannabis and broader drug reforms that have been effectively halted by the COVID-19 outbreak.

Separate campaigns to amend California’s legal marijuana program and legalize psilocybin mushrooms are calling on officials to allow them to collect ballot signatures digitally instead of in-person due to the health risks of the the latter traditional route amid the pandemic. So far those requests seem to have been ignored.

Activists in Missouri announced that they have “no practical way” of collecting enough signatures to place a marijuana legalization measure before voters amid the pandemic and are now considering shifting their focus to the 2022 election.

A campaign working to qualify a medical cannabis measure for the November ballot is temporarily suspending signature gathering efforts during the coronavirus outbreak “out of an abundance of caution.”

Activists behind a measure to decriminalize possession of all drugs and expand treatment services using current marijuana tax revenue has halted in-person signature collection efforts. That said, the campaign says it has almost enough to qualify and so is urging supporters to download, print, sign and mail petitions to help. Also in Oregon, a separate team of advocates working to legalize the therapeutic use of psilocybin mushrooms has also suspended mass signature collection efforts despite similarly having almost enough to ensure ballot access. They are asking people who want to sign to fill out an online form so that petitions can be mailed to them.

Activists in the nation’s capital were hoping to give voters a chance to decide on a measure to effectively decriminalize a wide range of psychedelics—including psilocybin, ayahuasca and ibogaine — in November.  But they, like their colleagues in states across the country, have acknowledged that the COVID-19 pandemic makes in-person signature collection virtually impossible. They’ve asked for a change in the law to allow for electronic petition signing, but officials have demurred, and so the campaign is now exploring a plan to mail petitions to supporters who would then collect signatures from their immediate family members and close friends.

Beyond the ballot, the coronavirus outbreak has also impeded efforts to advance marijuana reform bills through state legislatures in place like Connecticut, New York and Vermont as sessions have been largely halted due to health concerns.

But ... in South Dakota, separate measures to legalize marijuana and allow medical cannabis have already qualified for the state’s November ballot.... In Mississippi, the state certified that advocates collected a sufficient number of signatures to place a medical marijuana legalization question before voters.... In New Jersey, the legislature voted late last year to place a marijuana legalization referendum on the November ballot.  And in Arizona, activists announced last week that they have already collected more signatures than needed to qualify a marijuana legalization measure for the ballot — though they have not yet been submitted to and verified by the state.

This accounting leave out Ohio, where a campaign for full legalization of marijuana was just getting launched when COVID-19 started shutting down the state. I suspect still other states and localities may have had similar nascent efforts shut down as well.