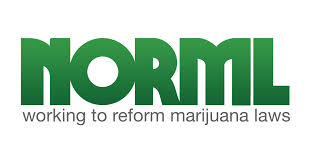 Last week the acvocacy group NORML released here its "2020 Gubernatorial Scorecard" which constitutes an "extensive database assign[ing] a letter grade 'A' through 'F' to states' governors based upon their comments and voting records in 2019 specific to matters of marijuana policy."  Here is part of the executive summary:

Public opinion in support of marijuana law reform, including adult-use legalization, is at an all-time high. Nonetheless, few federal lawmakers are espousing views on cannabis policy that comport with those of the majority of their constituents.  As a result, most legislative activity specific to marijuana policy takes place at the state level. America's governors are our nation's most powerful state-elected officials and they often play a key role in this ongoing legislative debate.  Here is where each of them stands on issues surrounding cannabis policy.

Of these, nine US governors -- all Democrats -- received an 'A' grade.

Political support among US governors for marijuana policy reform continues to grow.  However, this support is more partisan than ever before.  No Republicans are on record in support of adult-use legalization and few are in favor of regulating medical cannabis access.  By contrast, a large percentage of Democrats are supportive of both issues.  This partisan divide is not similarly reflected among the general public.  According to national polling data compiled by Gallup in October 2019, 66 percent of the public -- including majorities of self-identified Democrats, Republicans, and Independents -- favor adult-use legalization.  Bipartisan support among the public for medical marijuana legalization is even stronger.  Until this public support is similarly reflected among lawmakers, many cannabis-specific legislative reforms – in particular adult-use legalization proposals – will continue to meet resistance at the state level.