"Colorado marijuana sales hit a record $1.75 billion in 2019: Cannabis sales have now reached a total of $7.79 billion in the 6 years since legalization" 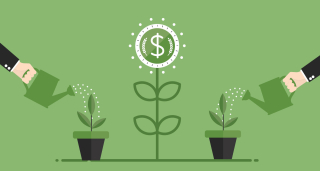 The title of this post is the full headline of this new Denver Post piece, which provides a reminder of how easy it is to identify (some) economic metrics that follow from marijuana reform. Here are the details:

Last year was the most lucrative 12 months for cannabis sales in Colorado since the state’s voters legalized recreational marijuana.  Medical and recreational cannabis sales hit a record $1.75 billion in 2019, up 13% from 2018, according to data from the Department of Revenue’s Marijuana Enforcement Division.  Marijuana tax collections also hit an all-time high, at more than $302 million in 2019.

December closed out the year with strong sales totaling more than $144 million, up 6.7% compared to the previous year.  But that wasn’t the biggest month of 2019; instead, August topped the calendar year with $173 million in sales.  All told, Colorado marijuana sales now have hit $7.79 billion since recreational sales began in 2014.

In recent posts (here and here and here) and in my marijuana seminar, I have been exploring in various ways what might be the proper metrics for assessing medical marijuana reform regimes.  This new data from Colorado, in turn, prompts similar questions about assessing recreational reform regimes.   I am inclined to believe these numbers represent positive economic realities like increased employment, wealth and valuable wealth reallocation via taxes.  But public health experts might see these numbers as representing negative health trends and they might also perhaps demonstrate problematic wealth reallocation from the vulnerable to the already privileged.